COMMUNALLY TRANSFORMING AGRICULTURAL SYSTEMS – A STORY FROM A THAI FARMER

Local engagement as a solution approach

Thikhamphon Kongson is one of the farmers of Bua Yai. After seeing the problems faced by her community, she resolved to work on getting solutions to these issues. She started by participating in community meetings, contributed ideas and became the chair of the local women’s group. In this role, she began collecting data on household income.

Thikhamphon realized that many of the community’s issues are linked back to agriculture. Smallholders would sell their plots to property owners and end up having to rent them back, leaving them in debt. To pay off their dues, they rely on chemical use to produce higher yields for more income, thus ruining the soil quality and fertility of their land and their own health. Forced to find new farmland, they encroached upon protected forest areas, burning down forests, causing environmental damage and air pollution and ending up with legal problems and conflict with government officials. And this cycle went on.“It’s all interconnected,” Thikhamphon said. “To create sustainability in life, property and natural resources, we need to work with ‘honest livelihoods’.” 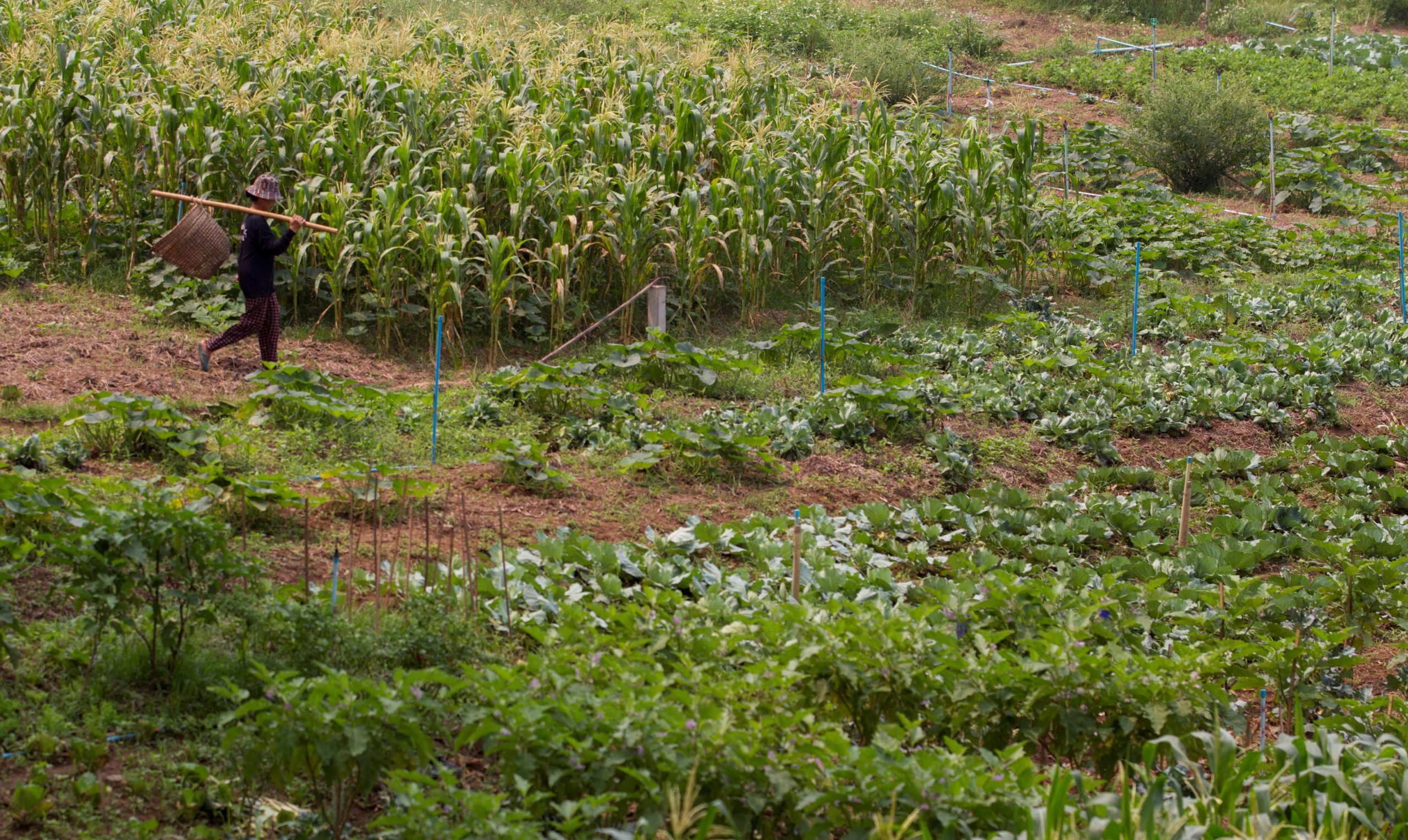 Sustainability was key, and to achieve that, farmers needed to hold it as their core goal to improve health for themselves and for others. Organic farming, Thikhamphon believed, was the answer. By growing a diverse range of perennial and annual plants, rather than mono-cropping, farmers can produce higher yields and therefore more income with limited space. When done without agro-chemicals, they can also preserve the land reducing the need to expand their farmlands and allowing forests to restore, all while supplying their communities with nutritious, toxic-free, environmentally friendly, affordable fruits and vegetables.

The more she searched for a solution, the bigger her network of allies grew. Included in these allies was WWF-Thailand. The organization has been implementing the Sustainable Consumption and Production (SCP) project funded by international Climate Initiate (IKI). As part of the SCP project, a solution model called FLR349 was established, seeking to support farmers in turning their agricultural practices from chemical intensive forest-encroaching mono-agriculture into agricultural systems based on agro-ecology.

Pumpkin, orange, taro, cacao and cashew now provide her community with income. Farmers who have shifted to sustainable agriculture can record positive impacts with the results, and those who haven’t already shifted are now considering it. In a year, Thikhamphon was able to expand the program from one district to smallholders across the entire province. She is now in charge of five voluntary managerial positions, alongside her own farming occupation. 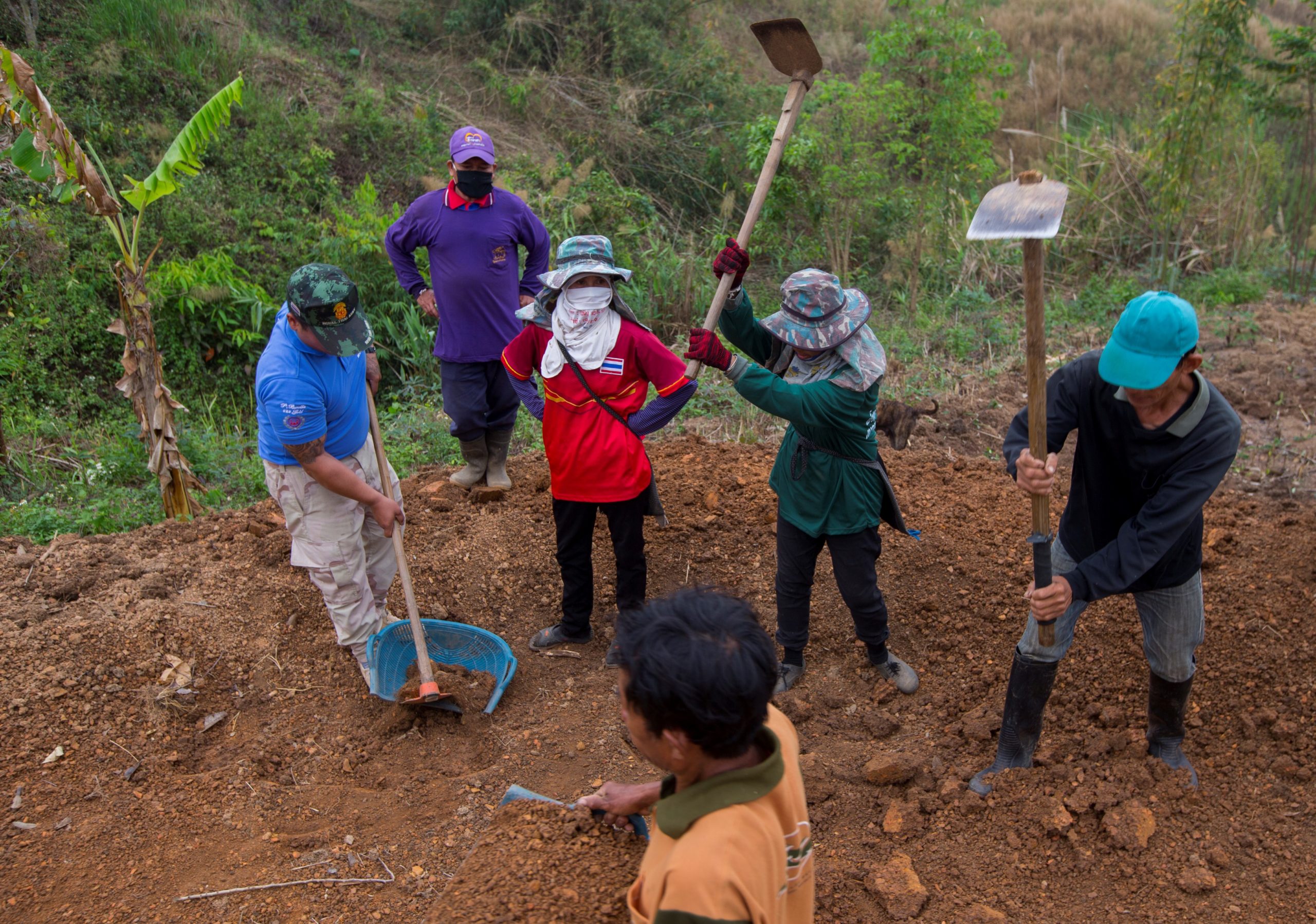 This article was originally written by Lynn Ocharoenchai (WWF Greater Mekong Office), and is published in cooperation with the International Climate Initiative  (you can also view it on their website) at https://www.international-climate-initiative.com/en/news/article/sustainable_consumption_and_production?iki_lang=en
Media Contact
Abhinand Aryapratheep
+662-618-4303-05 abhinanda@wwf.or.th