20 May 2021
On the 12th of May 2021 WWF Thailand attended the final meeting for “GHG emissions mitigation – case study in slope areas (deforested areas)” hosted by the National Science and Technology Development Agency (NSTDA). First commissioned in 2019, the study sought to compare two agricultural systems, monoculture and a mixed agriculture system (like the FLR349 agricultural model), in Mae Chaem District, Chiang Mai Province, Thailand.

While GHG emissions were the main focus, the study itself also focused on other topics and was divided into 5 sub-projects comparing the two types of agriculture based on  These sub-projects were examined using the Sustainability Assessment of Food and Agriculture systems or SAFA, an international standard adopted by many leading organisations including the FAO.

To get the most definitive data for these sub-projects, the research was completed in collaboration with  Dr. Thumrongrut Mungcharoen, energy and resource president at NSTDA, who acted as a sustainability consultant for the project, gave the opening remarks and welcomed all the attendees.

The online event was attended by  The report has taken over two years and was due to be completed in 2020 but delayed due to complications in data collection and analysis caused by the Covid 19 pandemic.

Many stakeholders were involved throughout the data collection and research process to ensure diverse and impartial results. The farmers, the stakeholders most affected, were contacted directly to get a first-hand account of their experiences.  This includes data collected through interviews, questionnaires, and surveys. Government data, stats, numbers were also used.

The objectives of the study were to
Social

However, monoculture agriculture showed more issues in other areas. The NSTDA study revealed that monoculture farmers fared poorly under the fair trade practices indicator as often they have no choice but to sell to large agribusinesses who are able to determine the prices. Mixed agriculture farmers on the other hand were found to hold more negotiating power and were freer to choose more where their products were sold.

Cultural diversity is another area where monoculture agriculture fared poorly based on the SAFA framework.  Due to economic demands, monoculture farmers in Mae Chaem are not able to use local/cultural knowledge or plant local seeds. Often they use maize   Mixed agriculture farmers on the other hand are able to do so. This is seen with the FLR349 agricultural model where the farmers are not only encouraged to use grow local crop varieties with local wisdom, but training and local saplings are provided to facilitate this. 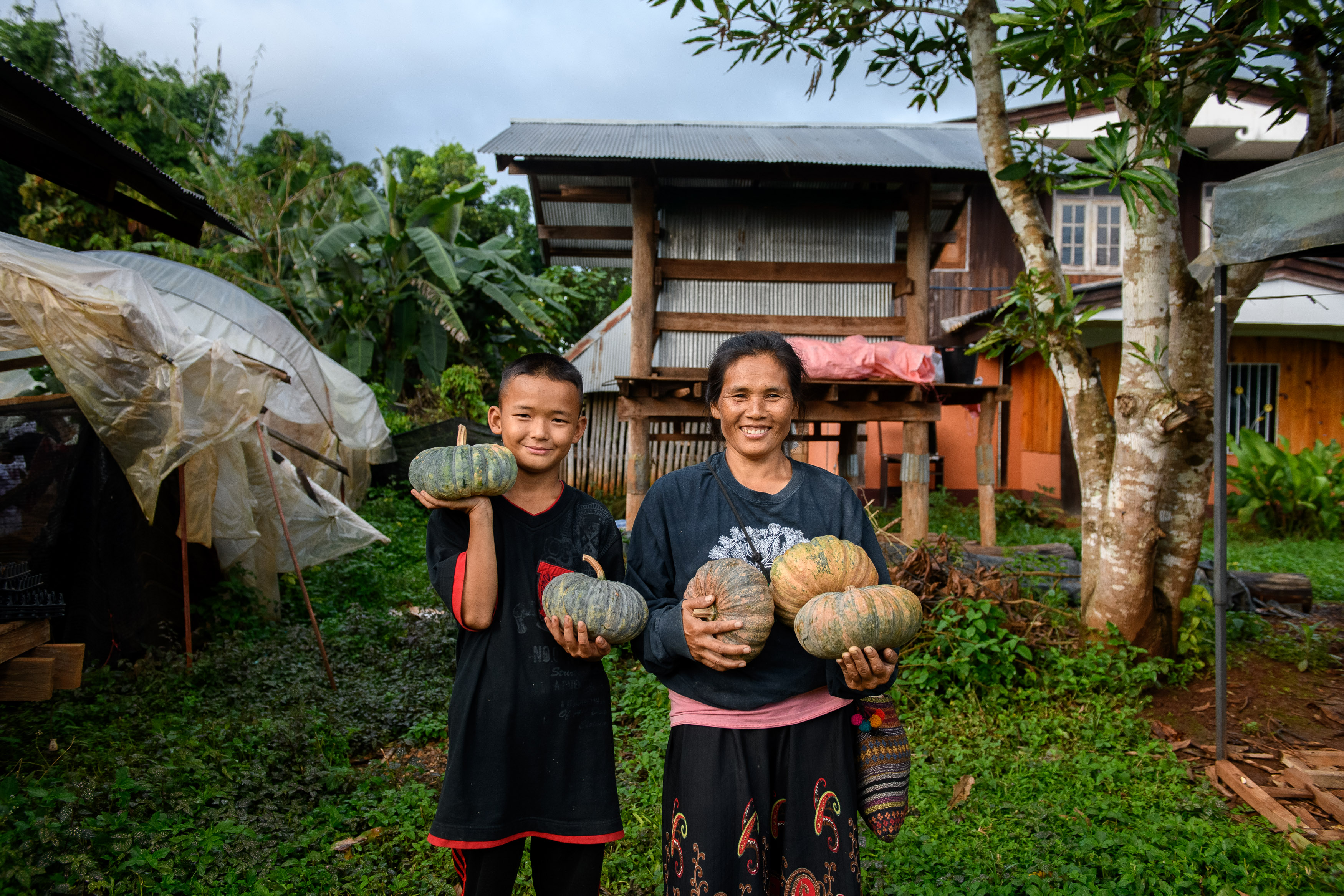 While a mixed agricultural system has more social benefits based on the SAFA framework, there are still needs to be a focus on improving the livelihood indicator, specifically getting the next generation to stay in the area

The governance portion of the study was conducted with Chula Unisearch. Governance is often overlooked when it comes to sustainability, but it is becoming more important both locally and internationally. The study revealed that smaller organisations are at a disadvantage compared to large corporations as they do not have the structure in place to have sustainable governance. This is the case for both agricultural systems. Currently, there are gaps in policies, structure, resources, funding, and knowledge which makes it difficult for the smallholder farmers to be sustainable in terms of governance. With a sustainable supply chain, PGS certification, and retail partners providing guaranteed market places and funding, the FLR349 project is able to fill in some of the gaps needed.

The economics portion of the study was completed by Associate Professor Dr. Sate Sampattagul and Dr.Sarunnoud Phuphisith from Chiang Mai University, and the SAFA indicators focused on were Through conducting field research in Mae Chaem District with interviews and surveys, Dr. Sampattagul and Dr. Phuphisith aimed to analyse Their research found that while both types of agriculture are generating investments, which includes internal investment, community investment, and long-term investments, mixed agriculture is generating investment from more diverse sources. 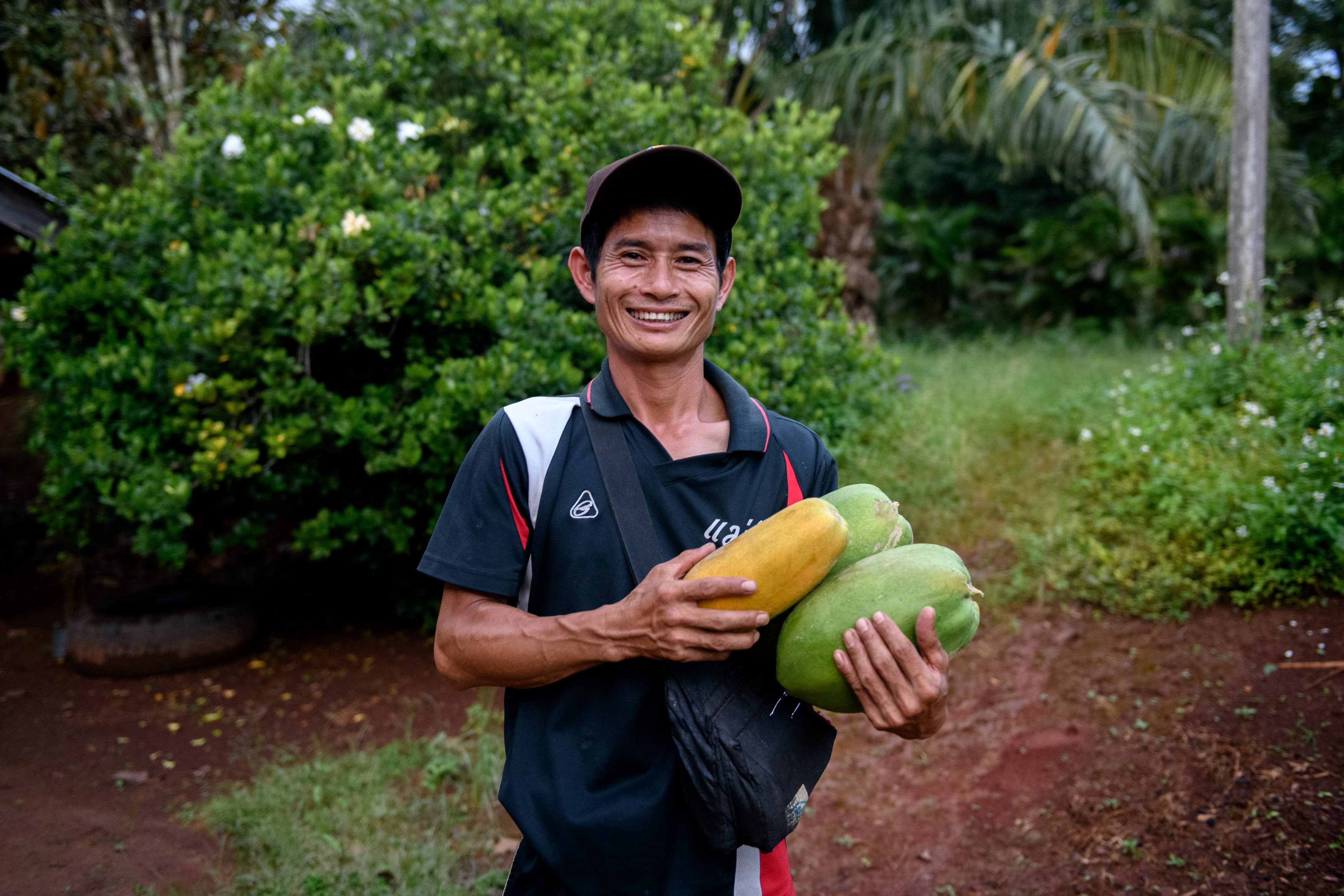 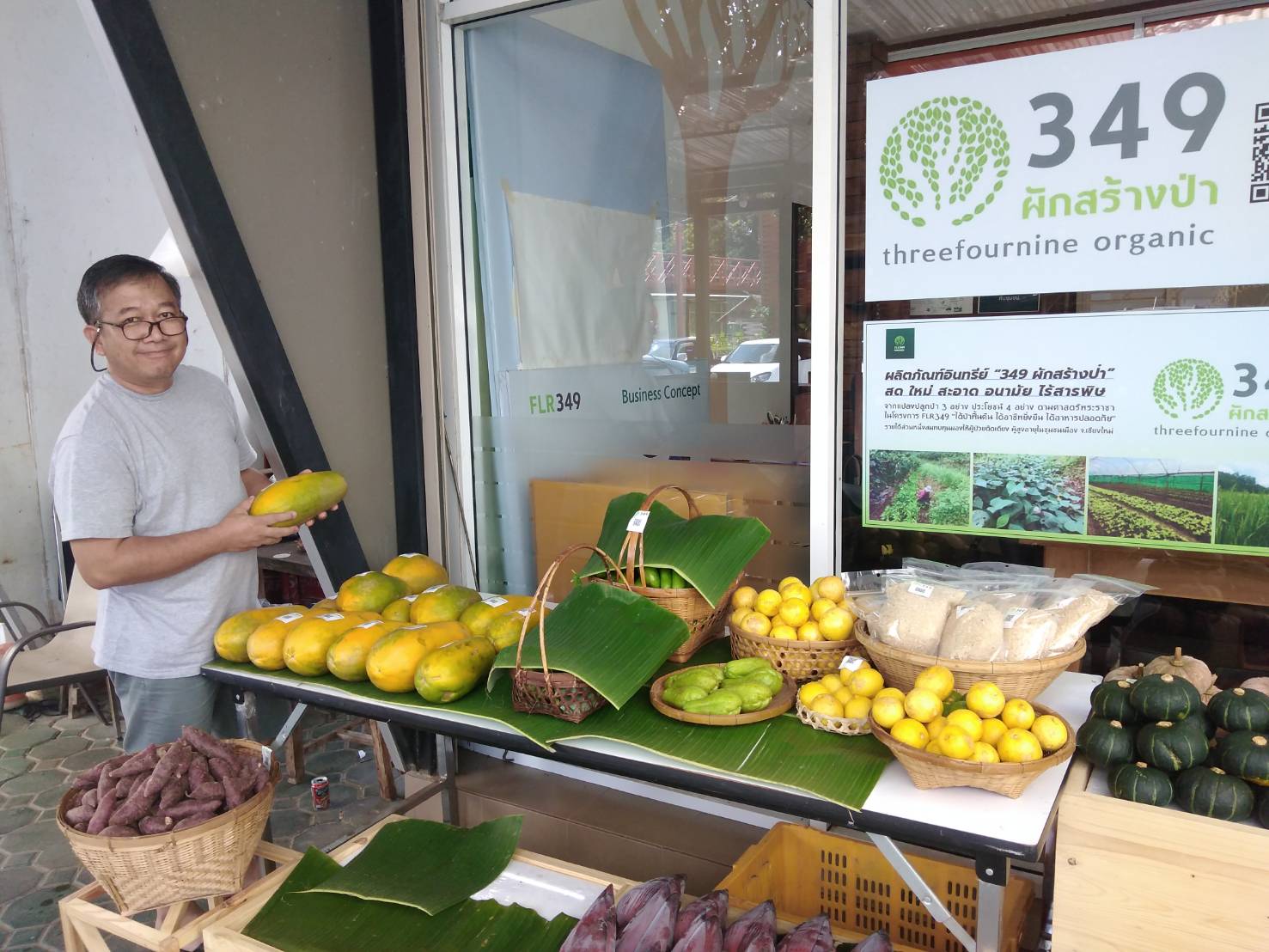 When it comes to product quality and information monoculture agriculture also fared more poorly. This is mainly due to the need for agrochemicals  This is not the case with mixed agriculture wherein systems like FLR349 agricultural model organic methods are taught and enforced in the project sites and PGS certifications are given to the sites. Where monoculture agriculture performed better than mixed based on the research is however traceability. Currently, it is easier for the buyers to trace monoculture products back to its source when compared to products from a mixed system, however, the FLR349 has collaborated with Ricult to develop a traceability system, mitigating this problem.

The environment portion of the study was completed by Assistant Professor  Dr Lekno and Pichaya Surapolchai. The SAFA indicators studied were  When it comes to water the study found that apart from wasting more water, monoculture agriculture also leaves traces of chemicals in the water. Moreover, monoculture farmers in the study did not use organic fertilisers nor were they found to actively conserve topsoil, further degrading the land. This is emphasized by the lack of living organisms like earthworms in the soil, which is the result of stubble burning paired with chemicals, fertilisers, and insecticides.

By planting a mixture of crops, using organic fertilisers, and leaving the land to its regenerative purposes, the FLR349 agricultural model also promotes biodiversity. 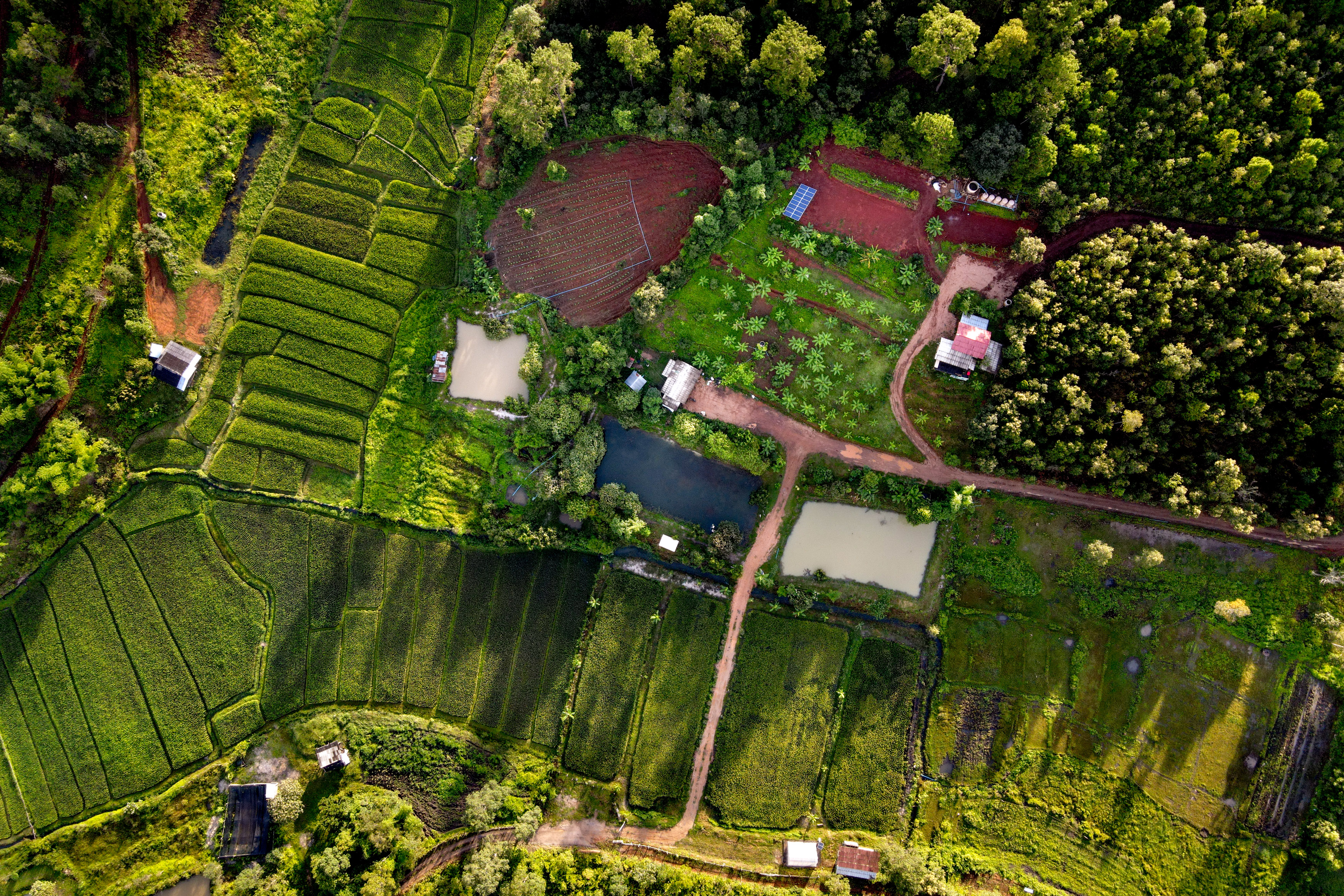 Mixed agriculture on the other hand often uses organic fertilisers, which help increase organic matter in the soil throughout the planting process. The planting of perennial plants also helps the soil recover naturally every planting season, improving soil structure and sustainability.

The last environmental factor is 'atmosphere', and the study showed that a mixed agriculture system stores more and releases less carbon when compared to monoculture agriculture. These findings were further expanded in the GHG section.

The findings show that maize plantations have a net carbon emission of 4,211.5 kg CO2eq ha-1 yr-1. Meaning after taking away the amount of carbon released, including carbon emitted when stubble is burnt, from the amount of carbon stored, maize plantations release 4,211.5 kg of carbon equivalent per hectare per year. The FLR349 agriculture model has a carbon balance of -2,789.88 CO2eq ha-1 yr-1. These results show while maize plantations in Mae Chaem District contribute to CO2 emissions and the annual haze pollution problems, the FLR349 agricultural model stores more carbon than it releases. 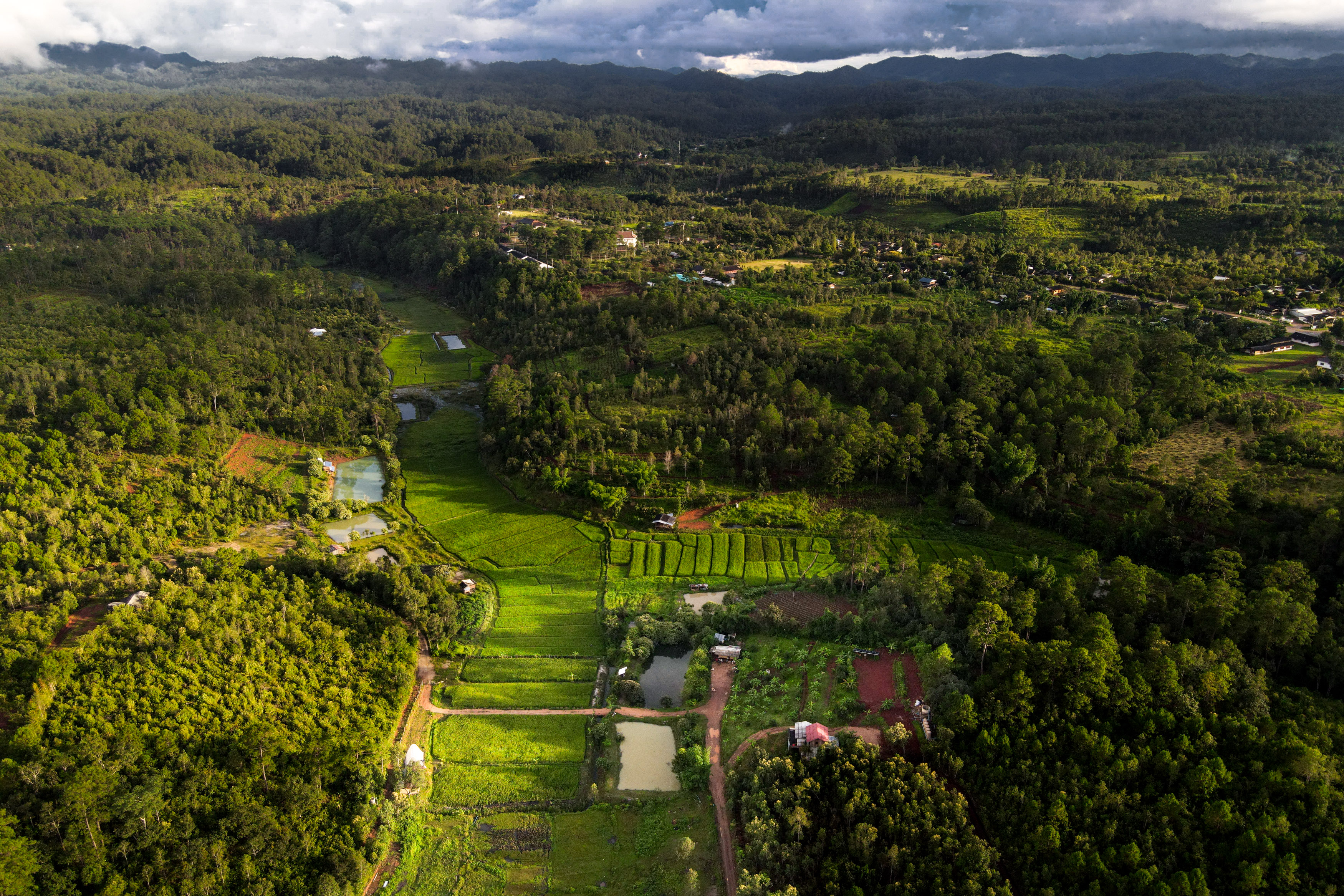