Mr. Wanchai Jariyasetthachok Deputy Director General of the Royal Forest Department (RFD) has endorsed the FLR349 SE Sustainable Business Model as the way for restoring class 1,2 watersheds areas that have been degraded due to encroachment for monoculture agriculture.

This endorsement came at an event where the Deputy Directory General presented local smallholder farmers from Ban Om Meng Village In Mae Chaem District – where the project is being implemented – with a land and forest management resource management plan.

In presenting the plan to the locals, the Deputy Director General was joined by other high ranking officials from the RFD, which further demonstrates the strong support the government body has for the sustainable business model. The land and forest resources management plan presented to the village conforms to measures to mitigate problems related to livelihoods in forest areas detailed in the Land Allocation Project for The Community in Accordance with The Government Policy. 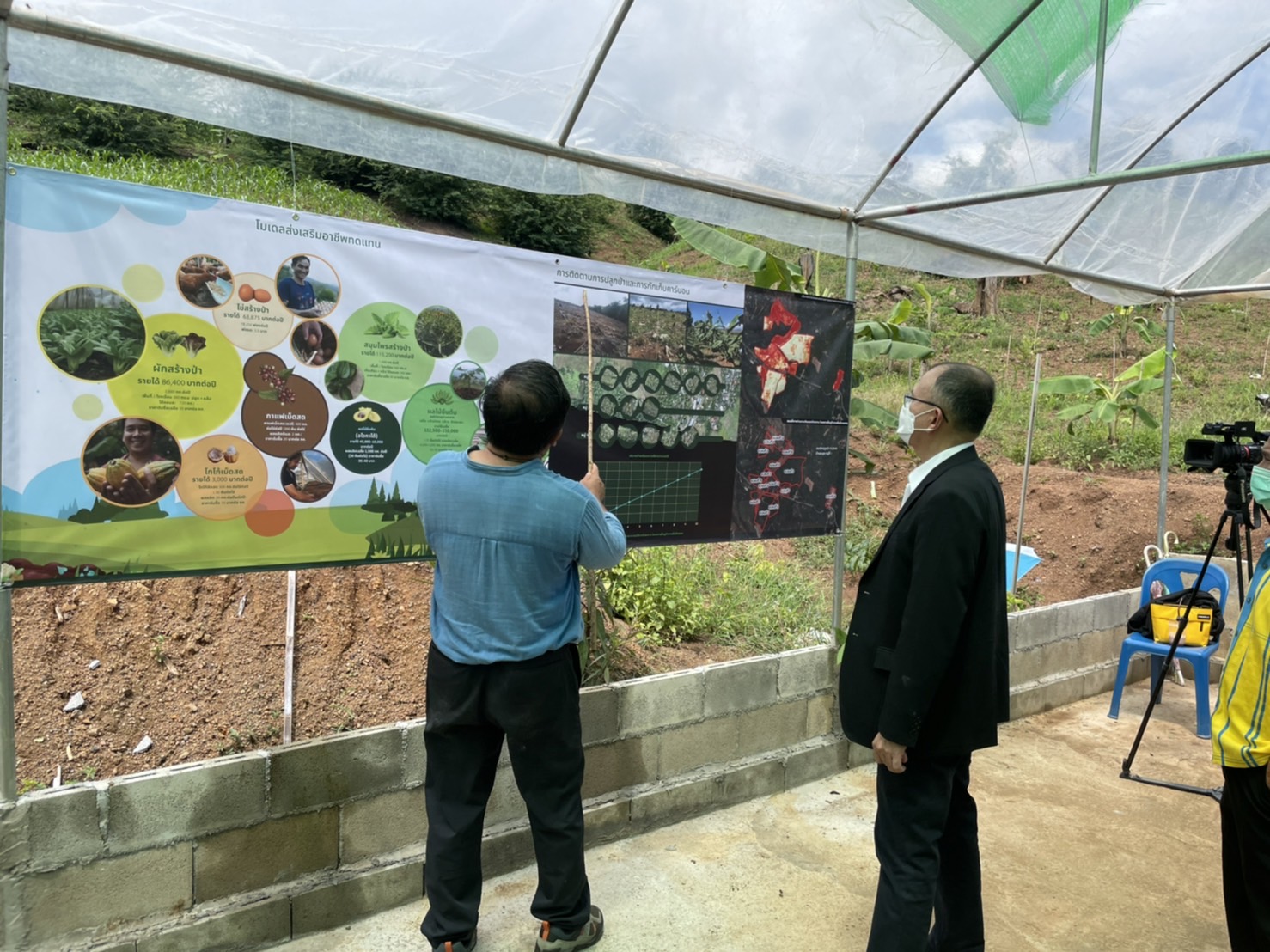 This endorsement by the RFD paves the way forward for a memorandum of understanding (MoU) to be signed in the future. Once signed, the agreement will further build cooperation between different stakeholders to solve issues related to the degradation of class 1,2 watersheds from chemical-intensive monoculture agriculture, in accordance to the Department of Lands (DOL) policies. This allows the smallholder farmers to continue legally conduct sustainable agricultural operations and earn a living on class 1,2 watersheds belong to the DOL , through using the FLR349 model. Moreover, the collaboration will also lead the way for expansion of the project to other areas around the country, further generating positive impacts.

The RFD support comes as the shift toward the FLR349 SE model has proven to help smallholder farmers who previously were farming monoculture agriculture improve their livelihoods. The implementation of the business model in Ban Om Meng village has led to sustained income for 109 smallholder farmers from a variety of products, including organic poultry products (eggs and broilers), fruits, vegetables, and herbs. Each type of product generating more than 100,000 baht per year. 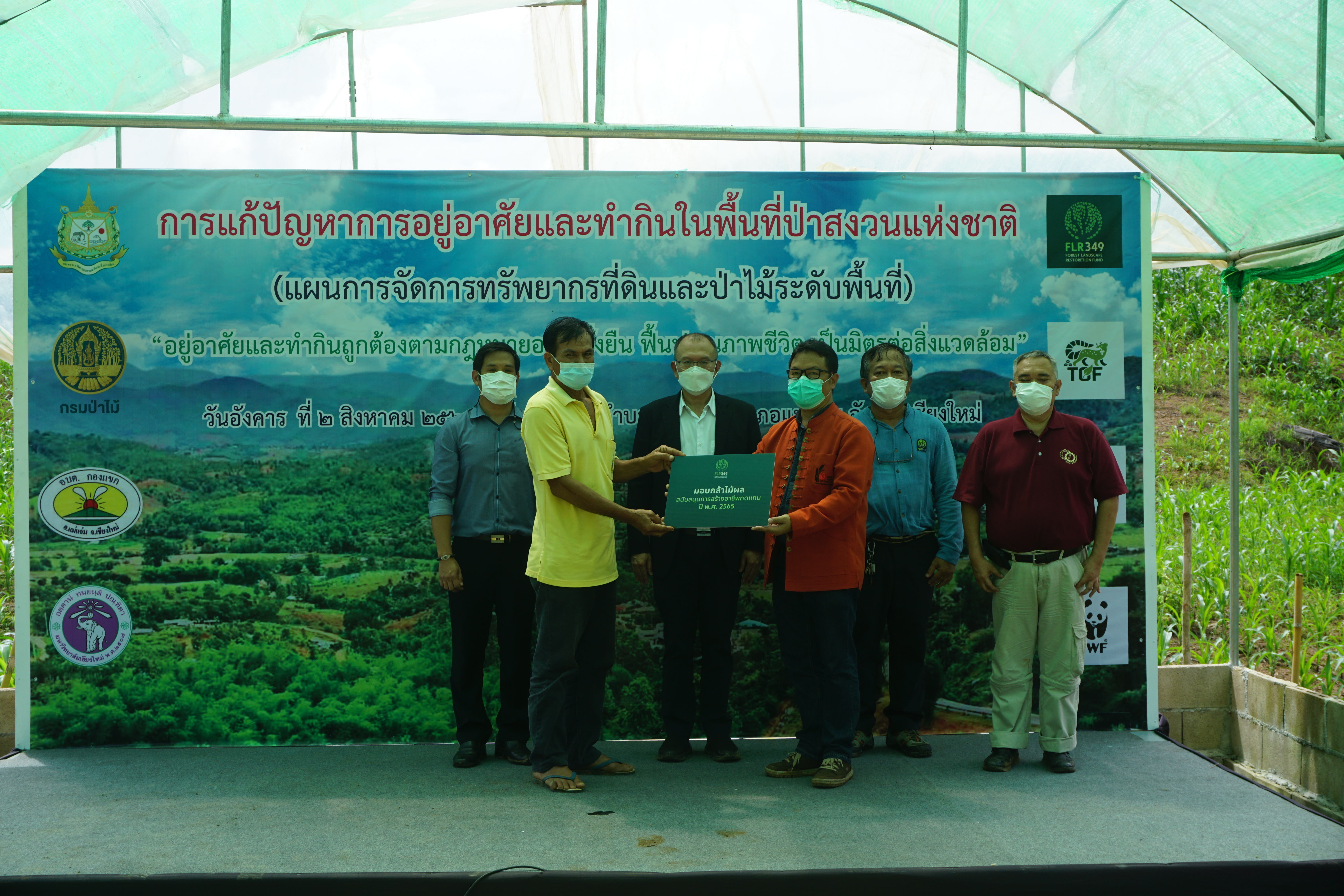 The conversion to the mixed agriculture system based on the FLR349 model is a positive shift not only for the farmers but also for the environment. Previously, when working with monoculture agriculture, the smallholder farmers earn a low and often volatile income. This practice also often leads to illegal encroachment of watersheds, high use of agrochemicals, and slash and burn techniques, which generate high amounts of carbon emissions.

The conversion away from monoculture agriculture in class 1,2 watersheds has shown to have high potential in reducing greenhouse gas emissions and increase in carbon sinks. By measuring carbon credits 19.2 hectares of project areas (120 rai) is able to reduce and store up to 611 tonnes of carbon equivalent over a period of 10 years, while also conforming to Thailand Voluntary Emission Reduction Program (T-VER) standards 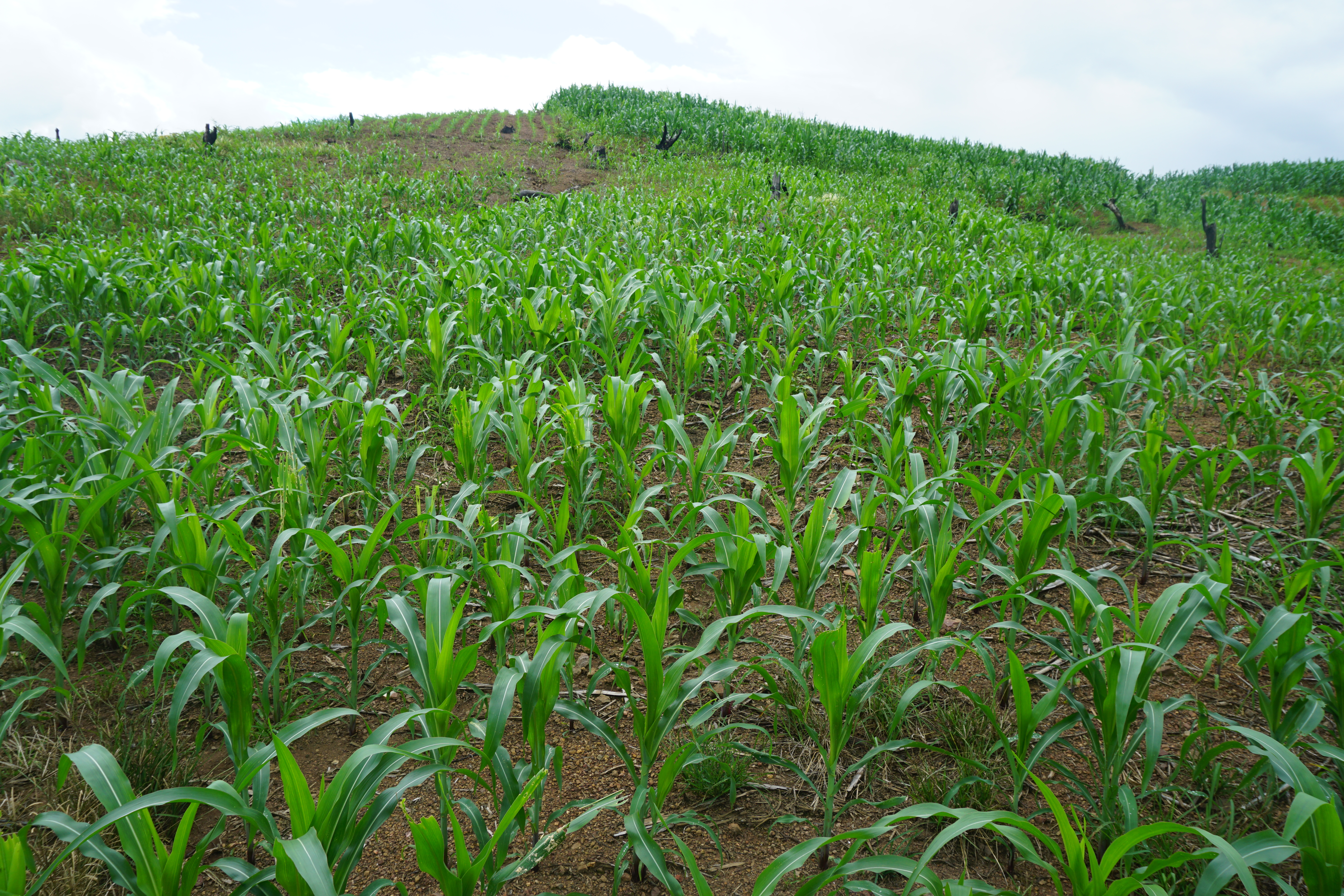 The combination of improved livelihood, restored forests, and reduced greenhouse gas emission created by the FLR349 SE sustainable business model shows the potential it has to be upscaled to other watershed areas around the country, and the endorsement by the RFD is a strong step to achieve this.

Further highlighting the success of the project, the implementation and endorsement of the project has been highlighted by a major Thai television program, 3 Miti News (ข่าว3มิติ)