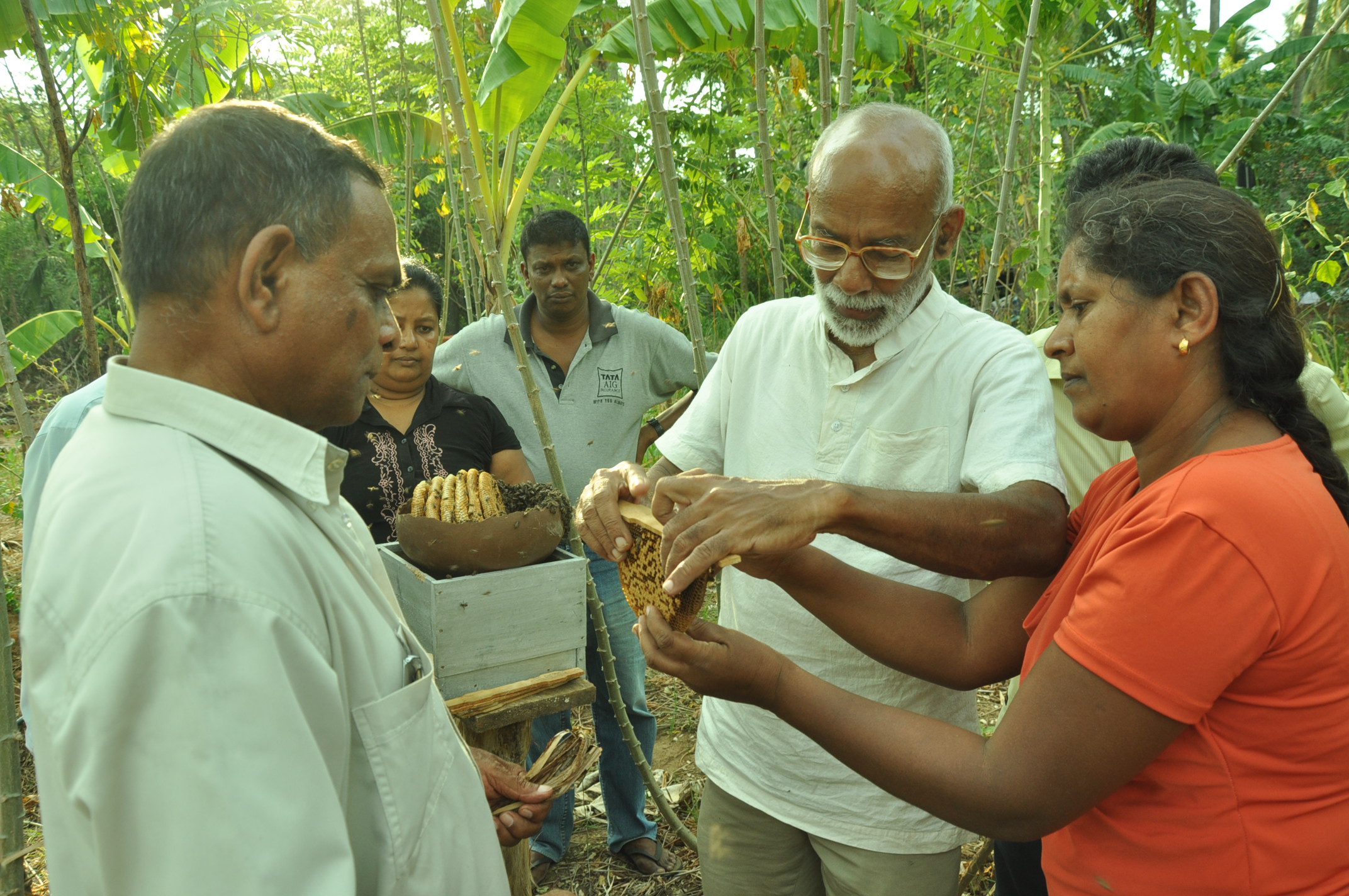 The APIA is an initiative formed in 2020 and it came out of   “our love and interest about pollinators and how to restore pollinators in our lives” said  Heinrich Böll Stiftung Southeast Asia’s Fransiskus Tarmedi in the webinar’s opening remarks.

This month the webinar was titled “Apis Cerana and Bee Friendly Farming” and was led by Dr. Ranjith Wasantha Kumara Punchihewa.

Dr. Punchihewa has been working with beehives at his home garden in Sri Lanka since childhood. He was a Fullbright fellow in the USA and is the Chairman of the Pollinator Conservation Working Group of Sri Lanka. He started his formal training in pollination ecology at the University of Guelph in Canada. He later continued his study at the University of Frankfurt studying the mating behavior of Apis mellifera in Europe.

Dr. Punchihewa started the webinar detailing the importance of pollinators in the wild the especially need for them in forests. Tropical forest ecosystems are highly dependent upon pollinators due to their dense nature making it difficult for wind to carry pollen

Dr. Punchihewa delved into the impact modern chemical intensive agriculture has had on pollinators. Throughout his years working with farmers, he saw the detrimental effects of intensive modern farming. Dr Punchihewa, therefore, devised and started promoting a farming system to the farmers, which is “Bee Friendly”.

The webinar explored how farmers can integrate pollinators in their farming as well as how they can be used as indicators for ecological health.

As noted by Michael Commons of Green Net, one key takeaway from the webinar is that bees and earthworms are two easily identifiable indicators of ecological health that can be observed by farmers. A good earthworm population is indicative of good soil health while a good bee population is indicative of clean air devoid of airborne toxins like pesticides, which are harmful to other insects, birds, animals, and humans alike.

During the webinar, Dr. Punchihewa went into the local aspects and long-standing relationship between pollinators and humans including the historical use of bee byproducts, like honey, as medicine. The relationship demonstrating the importance of conserving their population goes beyond ecological benefits. One particular problem Dr. Punchihewa highlighted is that chemical traces can now often be found in honey indicative of a deep issue in modern farming.

This topic is personal for Dr. Punchihewa as “his interest in bees were fostered in his grand parents’ farm, where his grandmother cared for the bees in simple hives which supplied honey for him and his siblings used for food and traditional medicine” said Michael of Dr. Punchihewa.

Dr. Punchihewa implored the public plantings, such as trees that provide shade in parking areas, can be important forage for bees and pollinators. This closely aligns with the work APIA is trying to achieve and shows how everyone can play a hand in pollinator conservation.

The webinar can be viewed here