What role can we play to help save pollinator populations?

16 March 2020
In February of this year, WWF-Thailand co-hosted a pollinator workshop at Sustainable Brands 2020: Chantaboon, which was titled ‘Moonshot to Dream Food.’

Moonshot coming from the ‘moonshot thinking’ concept derived from John. F. Kennedy’s “we choose to go to the moon in this decade” promise. Less than a decade this wild promise became a reality when Apollo 11 landed on the moon.

Kennedy said something incredible was going to be achieved, came up a time frame for it, and set things into momentum. Eric ‘Astro’ Teller, director of ‘X,’ Google’s disruptive innovation division, took this and turned it into a forward thinking philosophy. Moonshot thinking is when one chooses a large problem or goal and come up with what some might call ‘radical’ solution to solve the issue.

This forward thinking philosophy being the mind-set guiding the event made it the perfect setting to host our workshop. Titled ‘The Amazing Bee; the importance of pollinators’, it had the vision of changing the fate of pollinator populations, which is in decline worldwide and to set solutions into motion. Things will have to change for our vision to be a reality, making it a moonshot vision, but if we all come together the solution is there and this can be achieved.

The workshop comprised of different activities including soap making and expert talks. Find out more about the event here. The most important part of the event however was the brainstorming session where the guests were broken into different groups with varying sectors to together come up with a vision going forward to save declining pollinator populations. The question guiding the brainstorm was ‘what role can we play to help save pollinator populations?’

The different sectors represented were 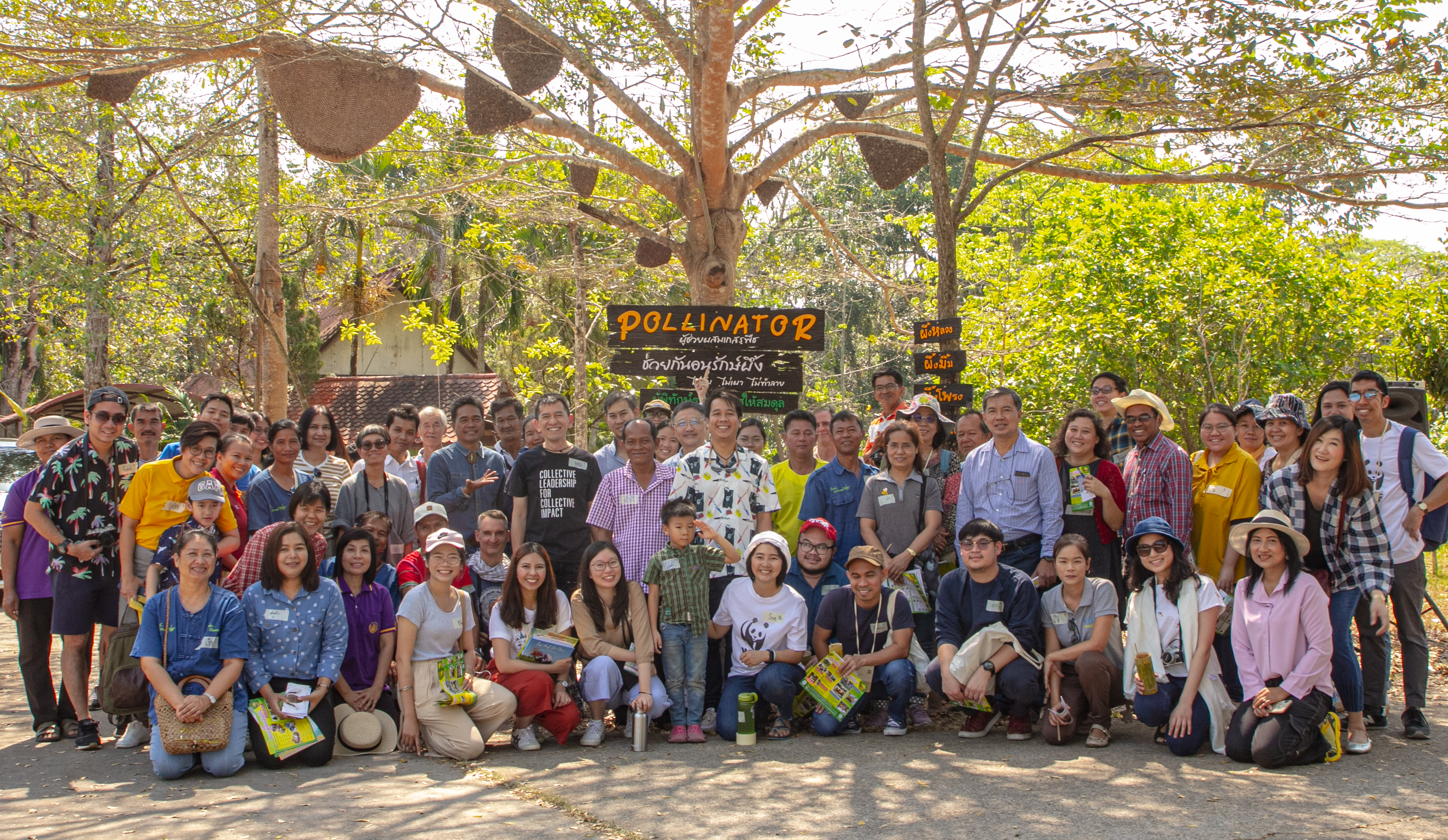 The groups agreed that the government needs to do several things in order to help maintain pollinator populations. This includes, setting pollinator friendly policies and laws like agrochemical bans, and organising loan systems for farmers who shift towards organic agriculture and beekeeping

Several of the groups also felt in order to achieve our moonshot vision of saving pollinator populations, businesses will need to support organic farmers more by directly dealing with them to increase their income, while also helping develop the products. Businesses will also need to help build a beekeeping network to facilitate higher knowledge and understanding as well as more widespread pollinator friendly practices.

While they both have their individual roles they must play in the fight for pollinators, our brainstorming discussions revealed that two of the arguable most important roles must be done in conjunction between the private and government sectors.

What many of the group agreed on was crucial to saving pollinator populations is an increase in knowledge and awareness, without this, our moonshot vision cannot be achieved, making research important. Currently there is a lack in understanding amongst consumers- and even amongst many government bodies – on what is leading to the decline in pollinator populations. The two sector must therefore come together by taking direct action, such as through the funding and organising of research studies where the results can, not only be adapted to a realistic solution but also then, through a public campaign spread awareness on what is causing our pollinators to die.

Based on the discussions, the different sectors also agreed that by investing in the development of market places for organic and bee products, the government and business sectors can also contribute in the efforts to save pollinator populations. By building proper market places, incentives will be built to shift towards pollinator friendly practices, while also making the products more widely available raising awareness in consumers as a result. 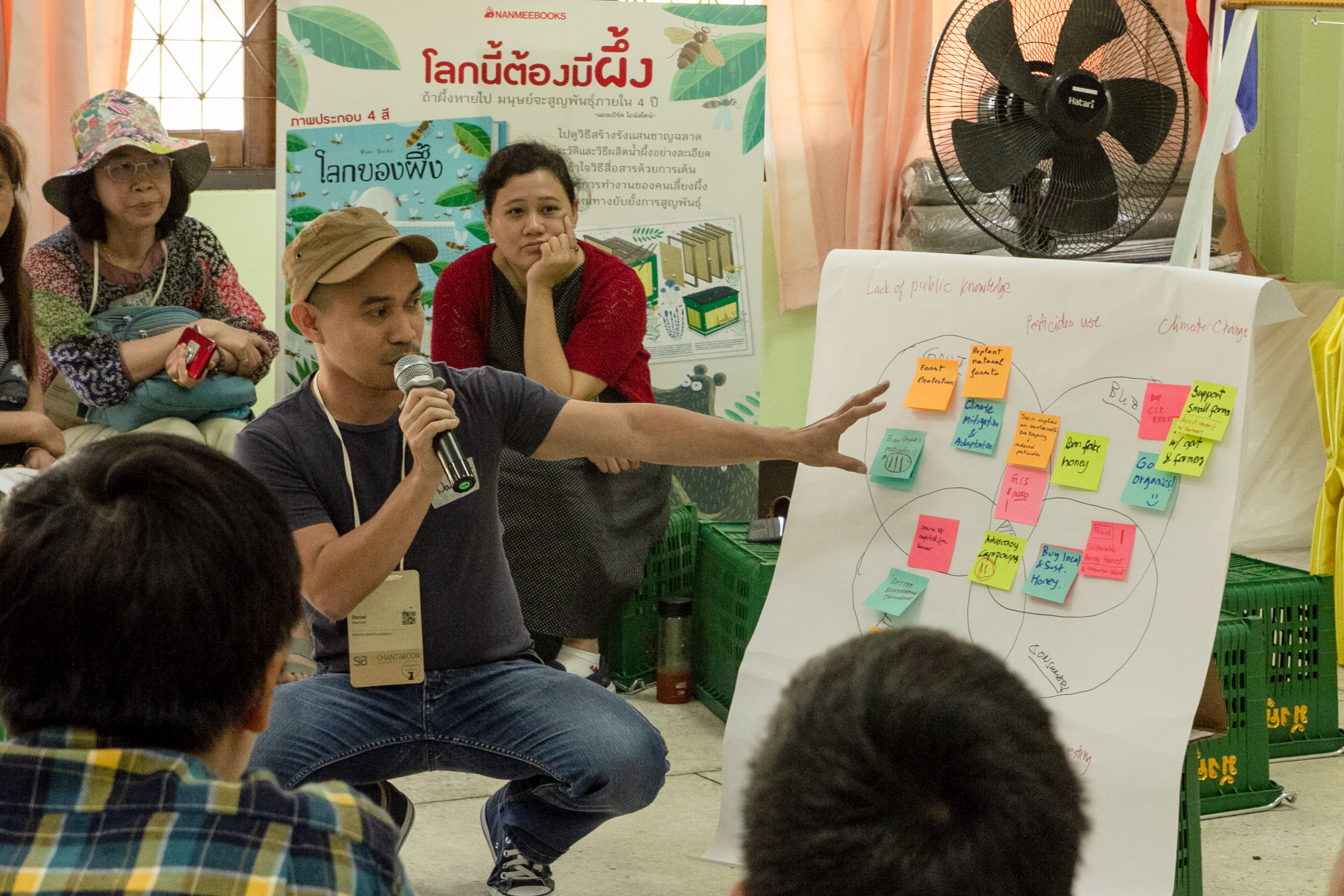 Producers will need to create an organic and beekeeping network in order to conserve community forests, preventing conversion to monoculture agriculture and anti pollinator habitats. This can be done with the help of businesses. Unlike other groups, the brainstorming session revealed there were some disagreements with the role of producers. While some argue there needs to be a transition away from agrochemicals- including a strict government ban – some felt agrochemicals can still be used in appropriate amounts and locations without harming pollinators. The groups decided, in order to concretely solve this disagreement more research will first have to be done, once again demonstrating the current lack of understanding and awareness. 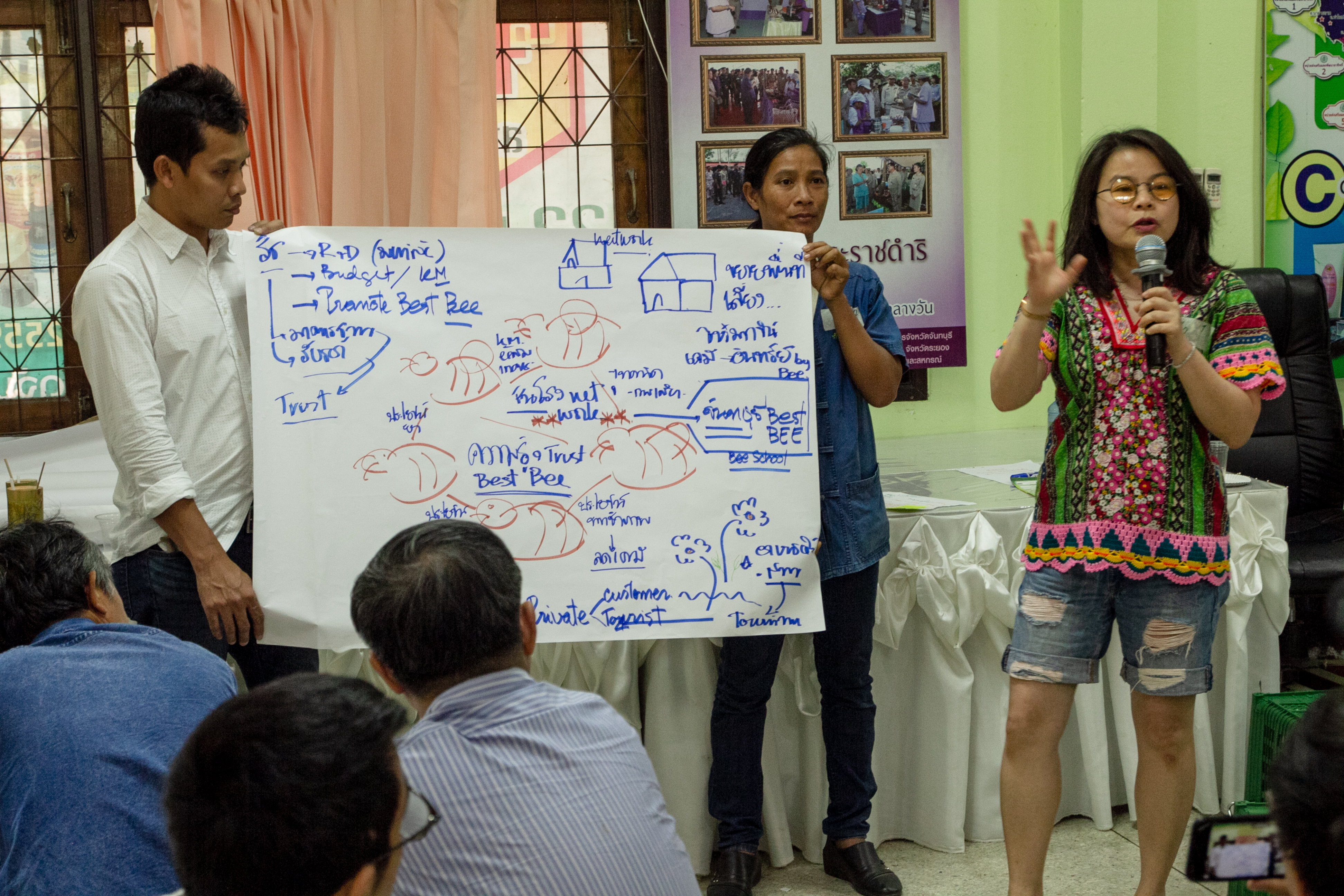 Consumers will also have to take part. Other than having to strive to be more aware of the issue going on- assisted by government research and business sector campaigns, the consumers will also have to use the information in an active manner, taking more pollinator friendly actions. Moreover, consumers can also contact organic producers directly to help build their income and expand the market place, while also increasing incentives for organic farming,

These ideas can be best summarised by a ‘model’ one of the brainstorming groups came up with. The AKRPM (Awareness, Knowledge, Research, Product Development, Market Development) model perfectly sums up the most important overlapping roles the different sectors must play in to safe pollinator populations.