Situation
As Thailand and the rest of the world continue to fight the COVID 19 pandemic, the North of Thailand is fighting a different battle. For over two months now provinces in the north have been blanketed by haze and smoke from ravaging forest fires. 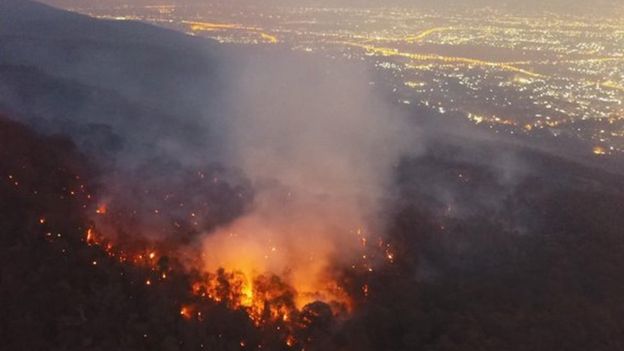 Forest fires are a common occurrence in Northern Thailand, happening every dry season. And with climate change, the problem is exacerbated every year. This year was no different. Some locals in the area say this is the worst forest fire season they have witnessed in their lifetimes. 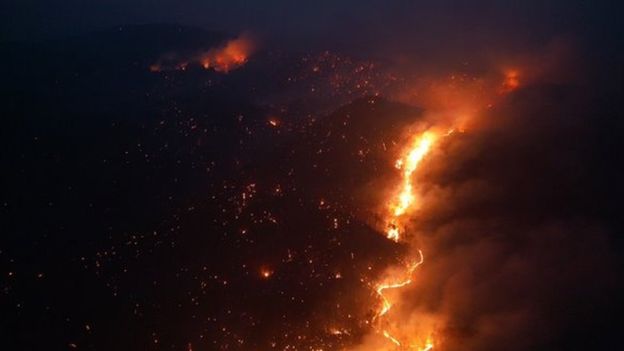 The increase in fires can be attributed to several factors including 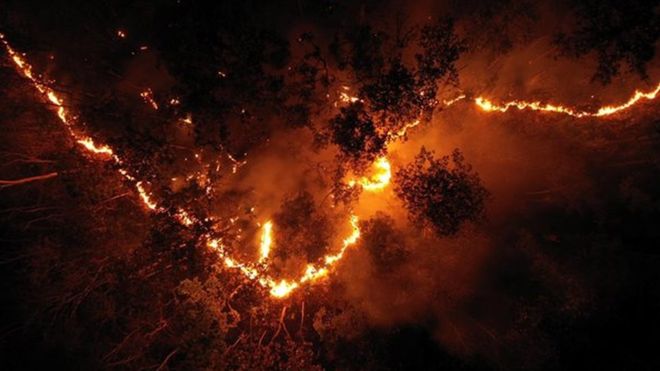 The fires release pollutants into the air. At the height of the haze problem, the air quality some parts of the north of Thailand measured 40 times above international standards with Chaing Rai reaching over 1000 µg./m3 on the AQI scale, where anything above 100 is generally considered unhealthy.

Wildlife have also been severely impacted due to the fires, with many having to be rescued or perishing, including several on the IUCN red list like the leopard cat and the Stump-tailed Macaque. 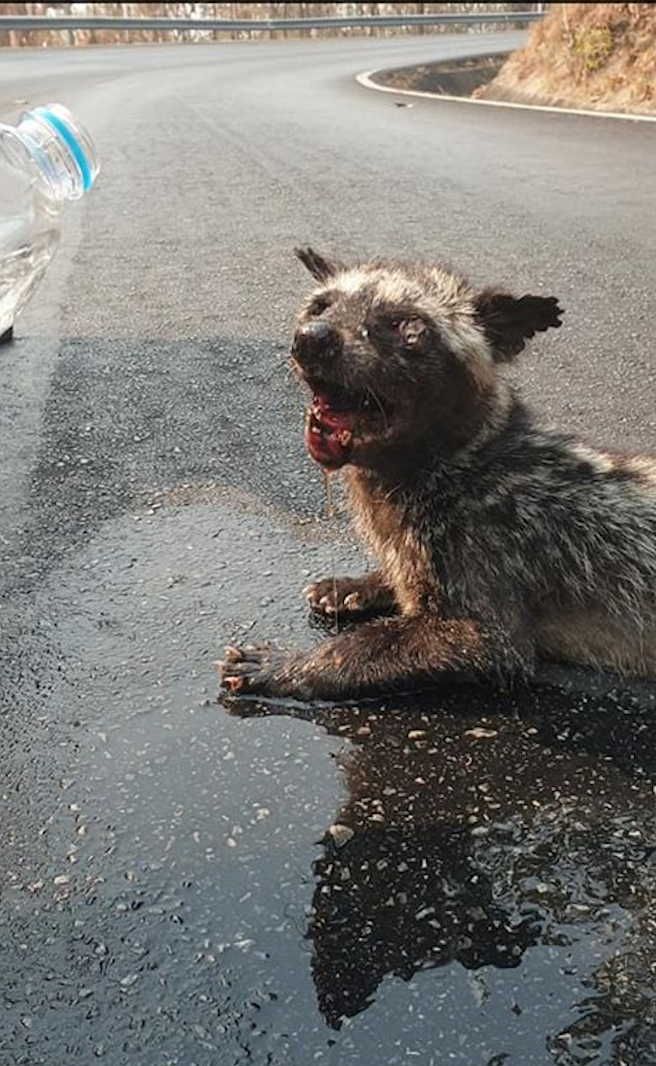 
Apart from the land and environmental damages, at the time this report was written, six people have already lost their lives fighting fires. This includes fire-fighter volunteers and officers, as well as local villagers.

The fires also have indirect health benefits through the pollution it emits. According to data from the Office of Diseases Prevention and Control 1, in the first half of 2019 alone Chiang Mai had more than 75,000 patients with illnesses related to the smoke and haze pollution. With the fires worse this year and pollution reaching record breaking levels, it is not far fetching to expect a higher number of patients in 2020.


What’s being done?
Whenever forest fires occur, the government takes a top down approach and plays the blame game. The fires are blamed on the local communities and indigenous groups, while a zero burning policy and forest lockdowns are also put into place. The efforts to combat the fires are centralized, and the community are treated as the villains rather than partners who can help fight the fires.

Part of the forest fires may be truly caused by arsonist and the local community, but the negative sentiment pushed that the local and indigenous communities are completely at fault for the fires is incorrect and dangerous. These communities rely on the forests to live; it is part of their way of life. To them the forest is their ‘supermarket.’ However, many robbed of land rights were then forced to turn to monoculture maize plantations and forest encroachment to survive.

While they are blamed, the responsibilities for fighting fires are also left to the community, who lack the proper resources and backing. These groups are the ones on the front lines risking their lives fighting the fires with local wisdom that have been passed on for generations. Part of the local community’s fire combatting strategy is to get rid of dried leaves, which act as fuel, through controlled burnings. A forest closure and zero burning policy threatening them with arrests or evictions prevent the communities from fighting the fires. 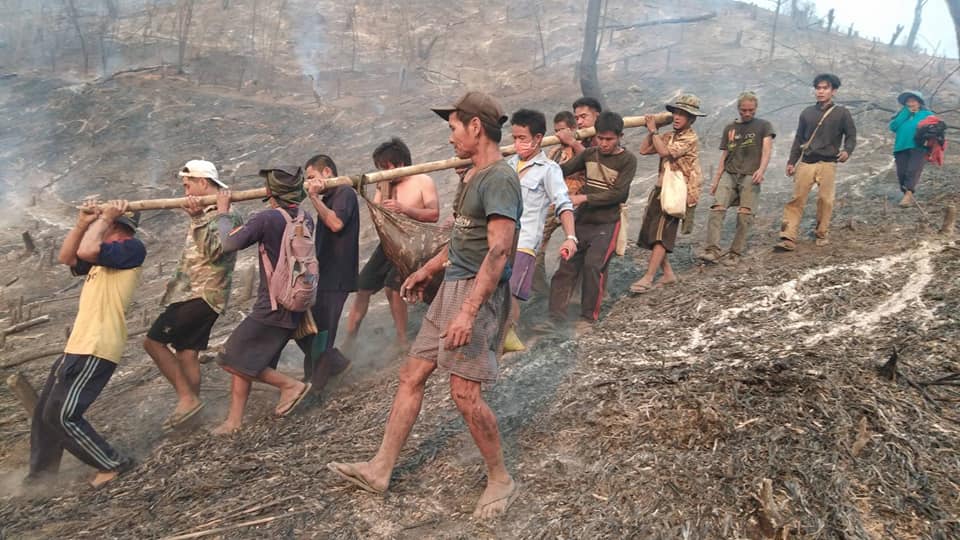 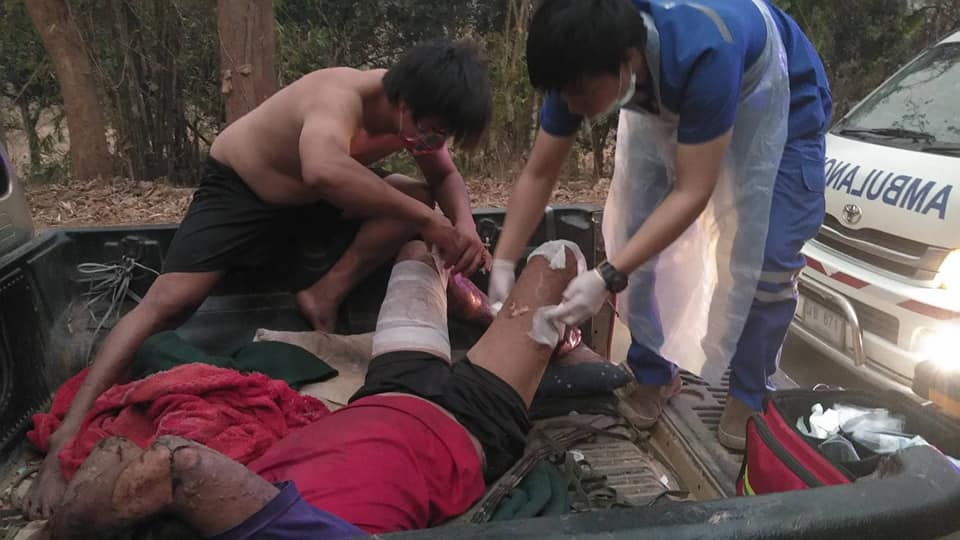 In talking about haze pollution problems, Bangkok Post columnist Wasant Techawongtham said “all the measures taken in recent years past have little to show. At best, some actions may provide temporary relief but in the worst case, they can create another set of problems,” this also accurately compounds the strategy taken to deal with the forest fires. While on the surface level a zero burn policy may make sense, over the years the policy has actually increased the amount of fuel in the forests.

This ignorance towards local wisdom and traditional forest resources management techniques demonstrate how policymakers “don't understand sustainable forest conservation, the forest dwellers' way of life, and their dedication in controlling the forest fires,” argues Sanitsuda Ekachai columnist for the Bangkok Post. It also reflects the government’s tendency for thinking in the short term without accounting for the long-term results as Techawongtham lamented. 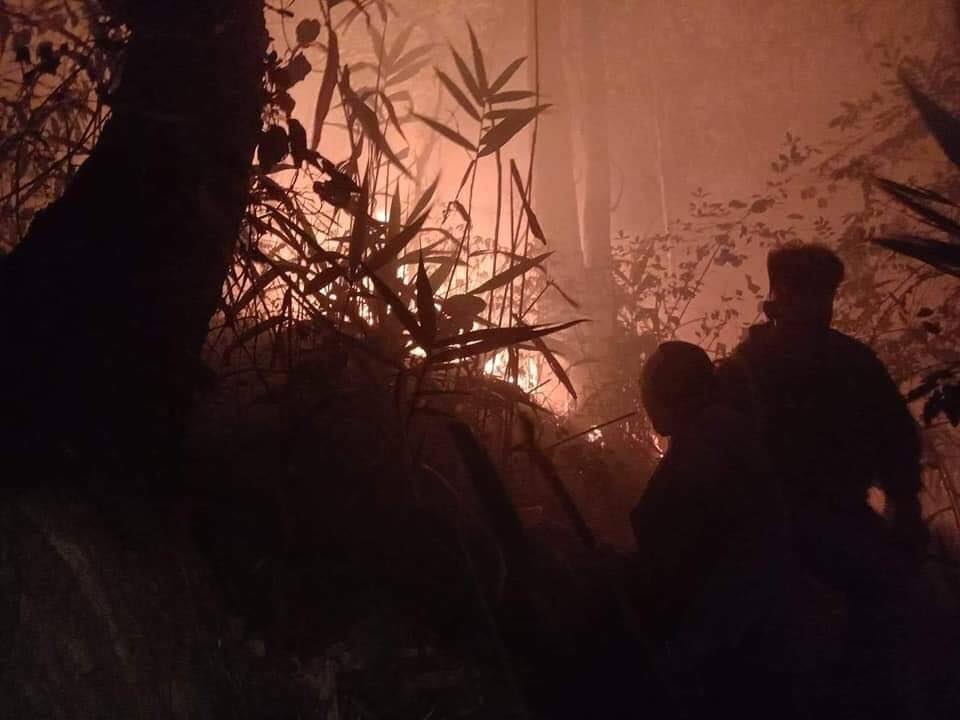 The top-down approach also reflects the inability of the government to learn from the past. At a point Mae Chaem District had some of the most hotspots in the country, reports Ekachai. But in 2016, hotspots in the district dropped to below 20. A large part of the success stemmed from the locals’ efforts. In exchange for proper land rights, the community monitored and prevented new forest clearings while transitioning away from maize plantations towards more environmentally friendly crops. This demonstrates if the authorities view the locals as partners in forest conservation rather than the villains, the fires can be successfully mitigated. When the new district chief came in this was all thrown out and the government's forest fire combating strategy returned the top-down centralized approach that has failed time and time again. Hotspots in Mae Chaem returned to the hundreds.

While the government are quick to blame the community, little action is actually taken on their part apart from the ineffective zero burn policy and forest closures. Moreover, a blind eye is also turned towards large agribusinesses, which play a major role in the forest fires and haze pollution through their demand for monoculture crops. To Ekachai this is the result of inefficient bureaucracy.

With the limited action and resources taken or allocated, the locals are unable to rely on the forest officials to help them combat the fires. Due to the top-down approach taken and the amount of bureaucracy, fire-fighters and rangers only respond to combat fires when their machine registers a hotspot, which often due to the limited resources they can only respond to the next day. The locals and officials are left on their own to fight the fires with limited resources. 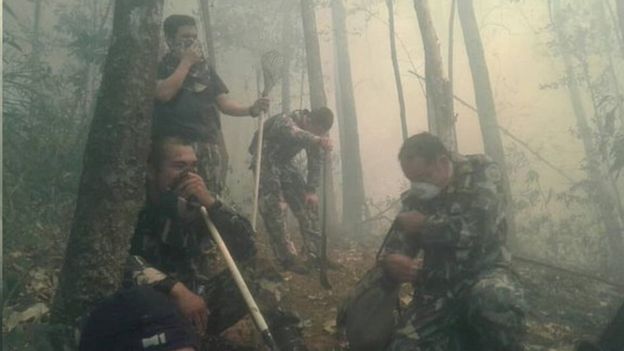 Additionally, despite the North of Thailand being covered in toxic haze for nearly two months now, with Chiang Mai and Chiang Rai having the worst air quality in the world according to the AQI index, little government action has been implemented. According to Ekachai, at the time this was written, the governor of Chiang Mai has yet to declare the area to be a natural disaster zone, preventing access to the aid needed to combat the problem.

What should be done?
As shown with some existing forest restoration model, including the FLR349 model piloted in Mae Chaem district, the community plays an important role in the forest fires protection and climate mitigation, through the shift towards agroecology and sustainable agriculture, building community resilience. A top-down centralized approach along with a no people in forest policy makes this illegal in Thailand despite proving to be successful in the past.

Part of the process will also have to involve more secure land rights to indigenous groups, which will allow them to practice sustainable farming rather than having to encroach upon forests to grow monoculture.

This push for indigenous land rights as a method to combatting forest fires is not new. In a 2002 report published by the FAO, Dr. Atchara Rakyutidharm reached the same conclusion.

The involvement of indigenous groups and the local community in land and resources management in efforts to combat forest fires will also align with several Sustainable Developmental Goals indicators namely, indicator 2.3.2, 4.5.1, 1.4.2 and 5.a.1.

The “Community Forest Fire Protection Unit” project was planned in April 2020, by World Wild Fund for Nature (WWF) Thailand, under its FLR349 solution model, along with the private sector and various civil society organizations, but is yet to be implemented. It was set up to support and strengthen the community’s and local administrative organizations’ capacity in climate adaptation, nature based-solutions and managing natural resources in the area for the benefit of resilience, natural disaster preparedness and conservation. This includes prevention and preparation for natural disasters and the handling of climate change risks.