FLR349 Fund join forces with the Royal Forest Department (RFD), the Central Group, and Thaicom to drive forwards the restoration monoculture areas towards sustainable agriculture. This will be achieved through developing local food systems, sustainable livelihoods, and food security with the Three Forests, Four Benefits Model.

On the 19th of November 2022 at Kong Khaek Subdistrict Administrative Organisation, Mae Chaem District, Chiang Mai Province, WWF Thailand, Thai Organic Agriculture Innovation Foundation (TOF), RFD, Central Group, and Thaicom PLC. Signed a memorandum of understanding (MOU) moving forwards the FLR349 Model to solve the problem of poverty for those living in forest reserves and ecological problems in watersheds forests that have been degraded due to monoculture. 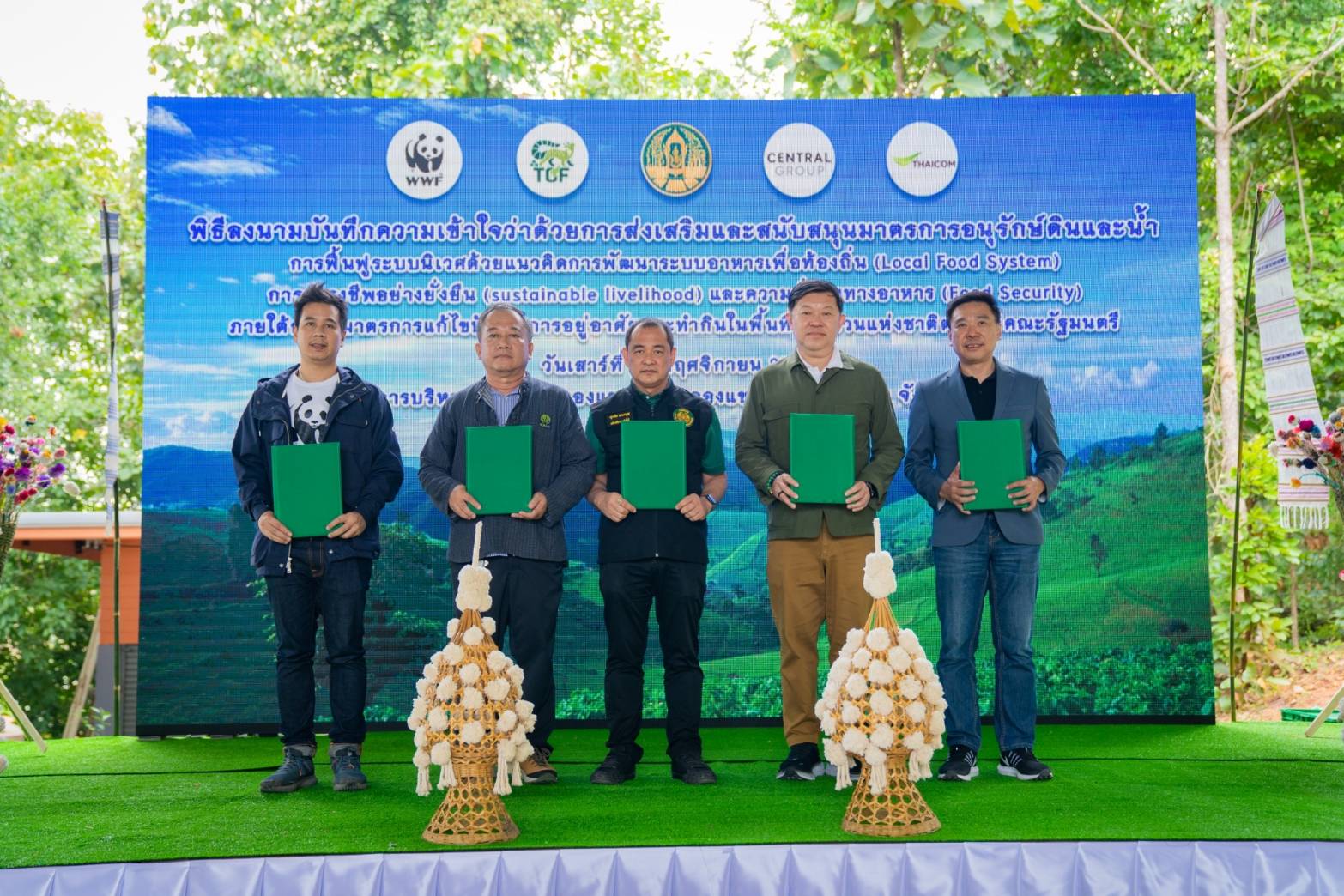 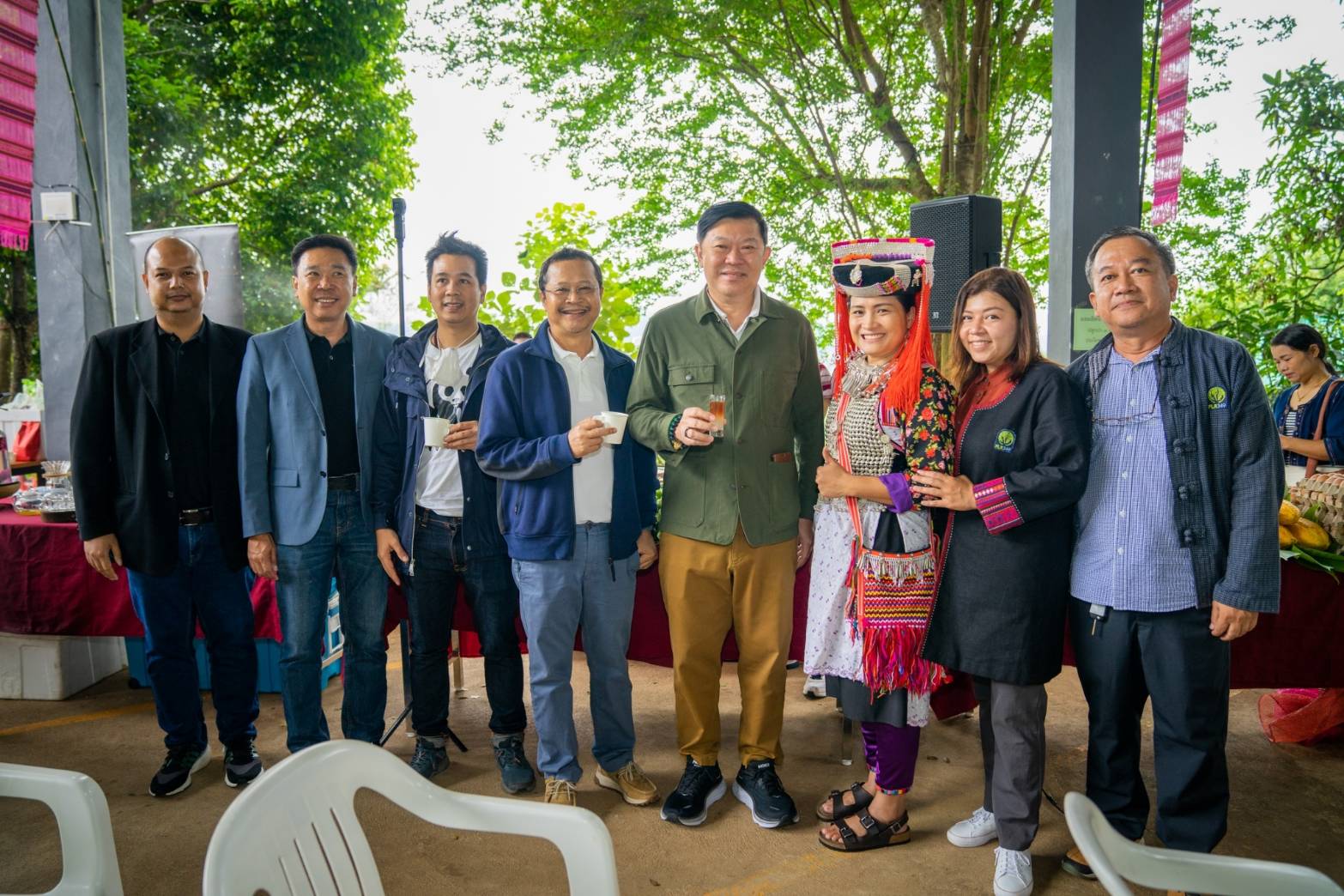 Mae Chaem District is an area that faces issues related to livelihoods in national forests. For instance, in Kong Khaek Subdistrict where for many years class 1,2 watersheds have been converted into chemical intensive monoculture agriculture. This practice uses high amounts of agrochemicals creating health risks, while increasing costs for the farmers leading to lower income and poverty. FLR349 is a model for managing national forests that restore areas degraded by maize monoculture agriculture through planting perennial crops with a mixture of fruits and herbs, along with raising chicken and pig livestocks. The model follows the farm to fork concept for Chiang Mai Province. The FLR349 model therefore is a model that is in line with the green economy system that focuses on the sustainable use of resources and has the potential to be expanded to other area.

Mr. Surachai Achalaboon the Director General of the RFD stated that the RFD has accelerated work in accordance with government and Ministry of Natural Resources and Environment (MNRE) policies that require those in national forest to live and earn a living legally and sustainably, in a way that restores livelihoods and is environmentally friendly. An area-based land and forest resource management plan was granted to ​​the national reserve forest areas in Kong Khaek Subdistrict, Mae Chaem District, Chiang Mai Province as a pilot area. The success of implementation will help FLR349 project members have confidence and stability in their lives, work legally, and improve their livelihoods. This is especially the case for those living in class 1,2 watersheds. 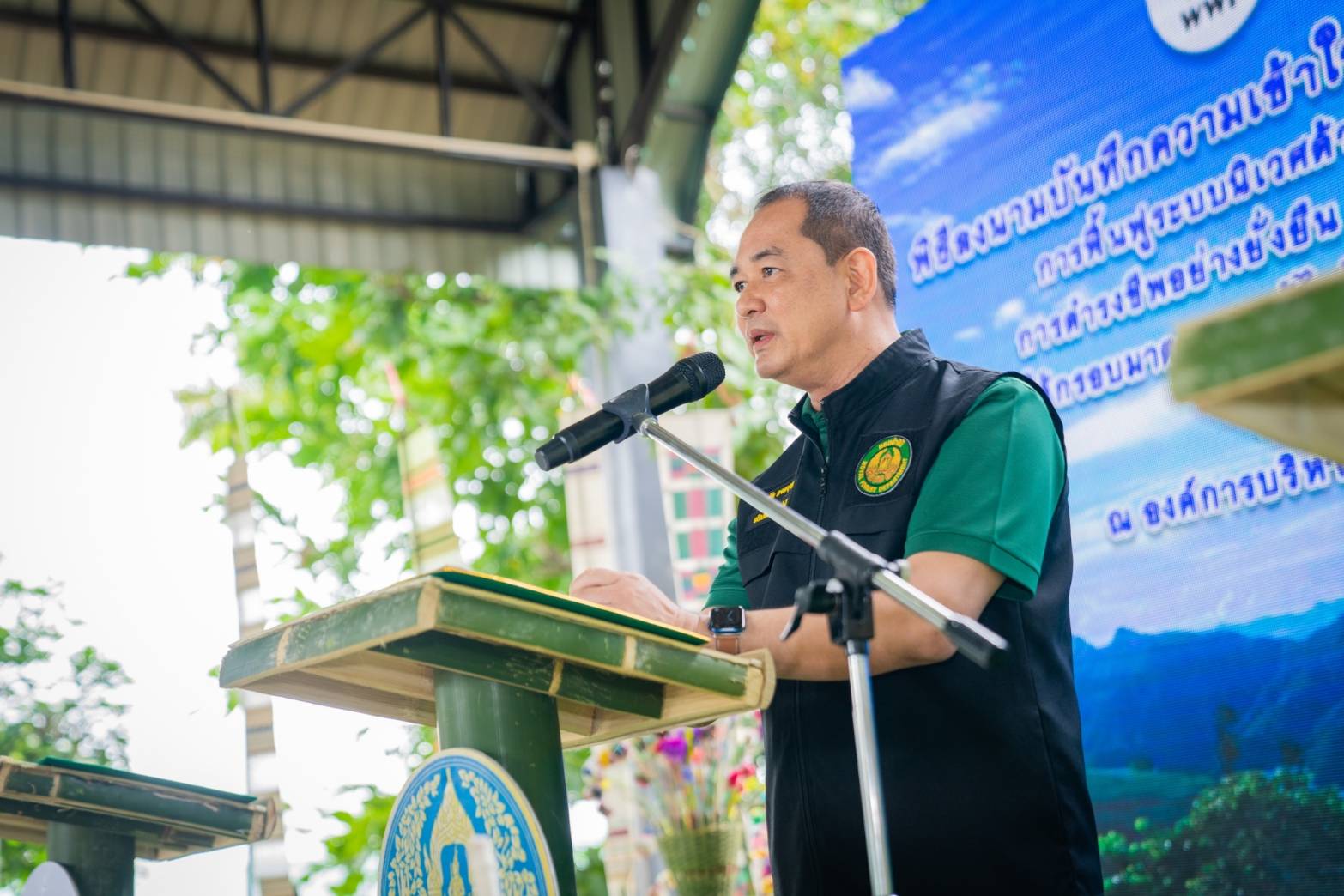 Finding market places are also important in building confidence among farmers participating in the project as they are vital to improving income and quality of life. Mr. Rattapat Srichanklad President of TOF stated, “we are managing the whole supply chain from harvesting, packaging, distribution, until the products reaches the hands of the consumers. Those who used to be impacted by PM 2.5 and chemical contaminated food receive safer food as a result.”

In addition to the promotion and management of the distribution sources, the development of quality products is also important. Mr. Pichai Chirathivat Executive Director of the Central Group commented that ‘usually we have quality products, but cannot move forwards. We have to look whether we are planting crops in accordance to the needs of customers, which we know. Look at what we are importing and plant that so we do not need to import them. Once you are skilled at planting that produce, process it into value added products to get higher prices. Develop them into high quality local products that is renowned nationally and internationally.” 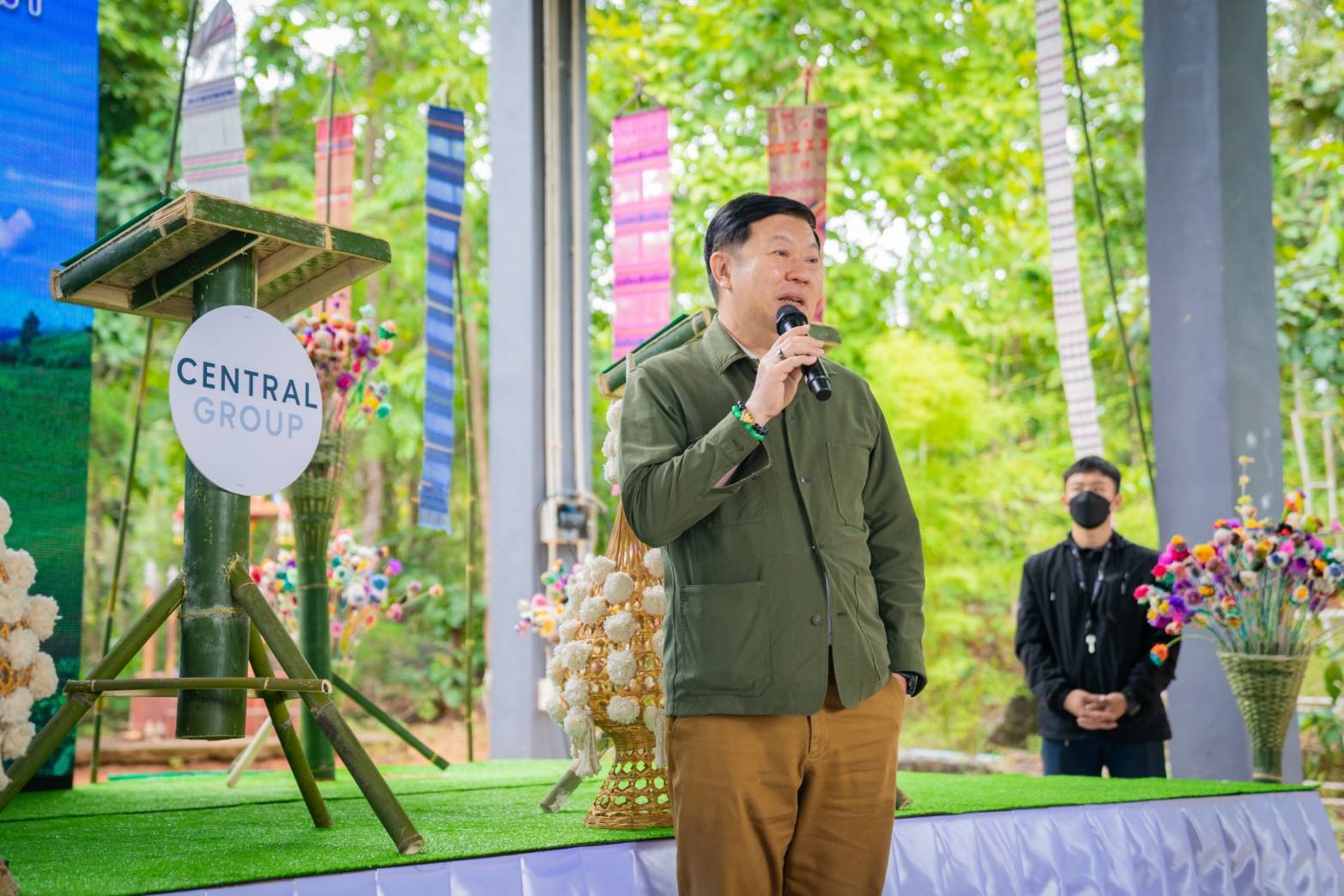 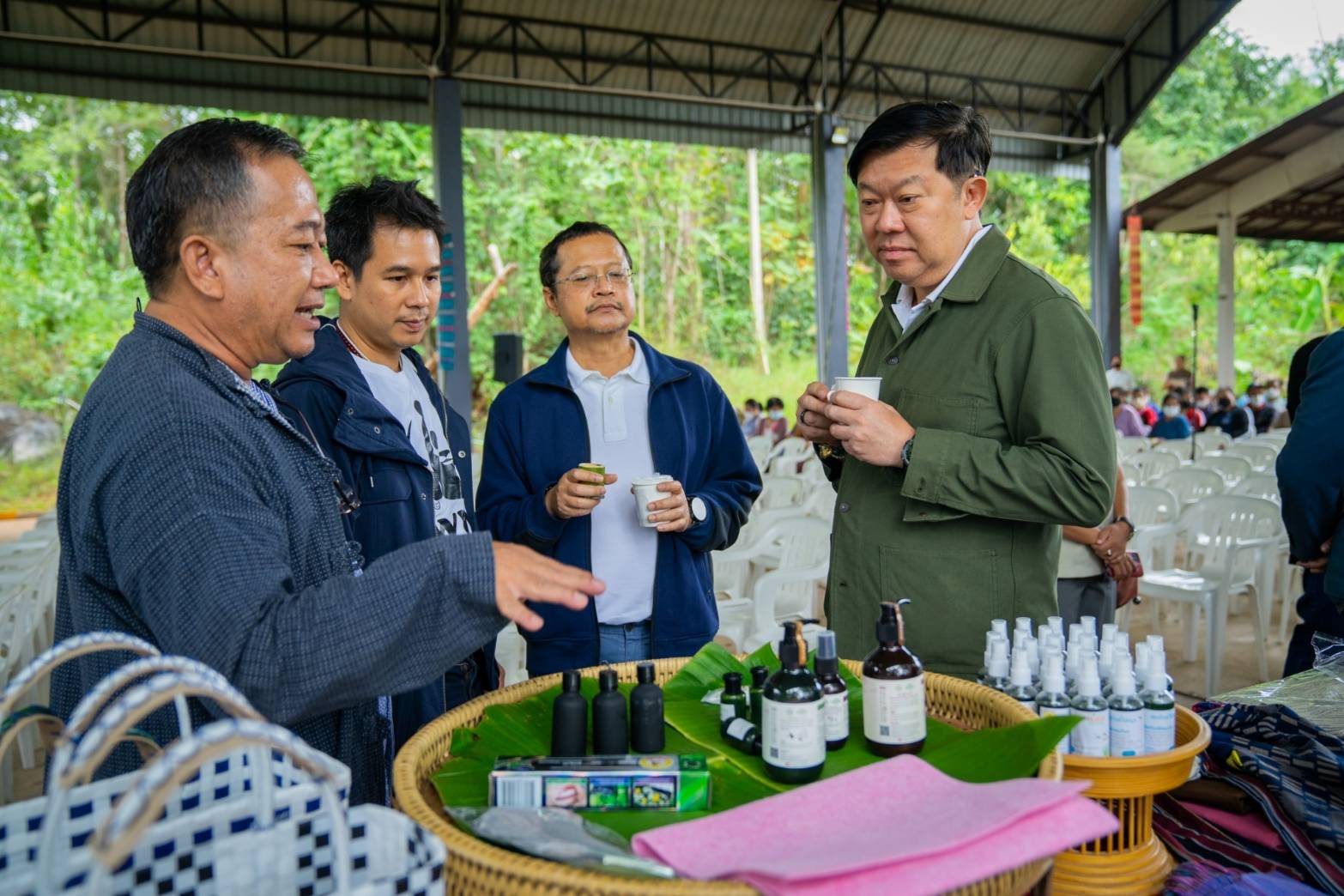 Currently, the advancements in satellite technologies makes it easier to evaluate project implementation, while also creating additional source of income through carbon credits. Mr. Ekachai Phakdurong, Senior Vice President-Corporate Affairs at Thaicom PLC. stated ‘current satellite technologies are able to fly over Earth and take photos. These images can be used to analyse the target areas in Mae Chaem to see how many rais of forest areas will increase over a period of 3 years. In the long-term, once we restore enough forests the next step is carbon credits. We are able to use these images to analyse how much carbon has been sequestered. This will help villagers gain additional benefits through selling the product as well. 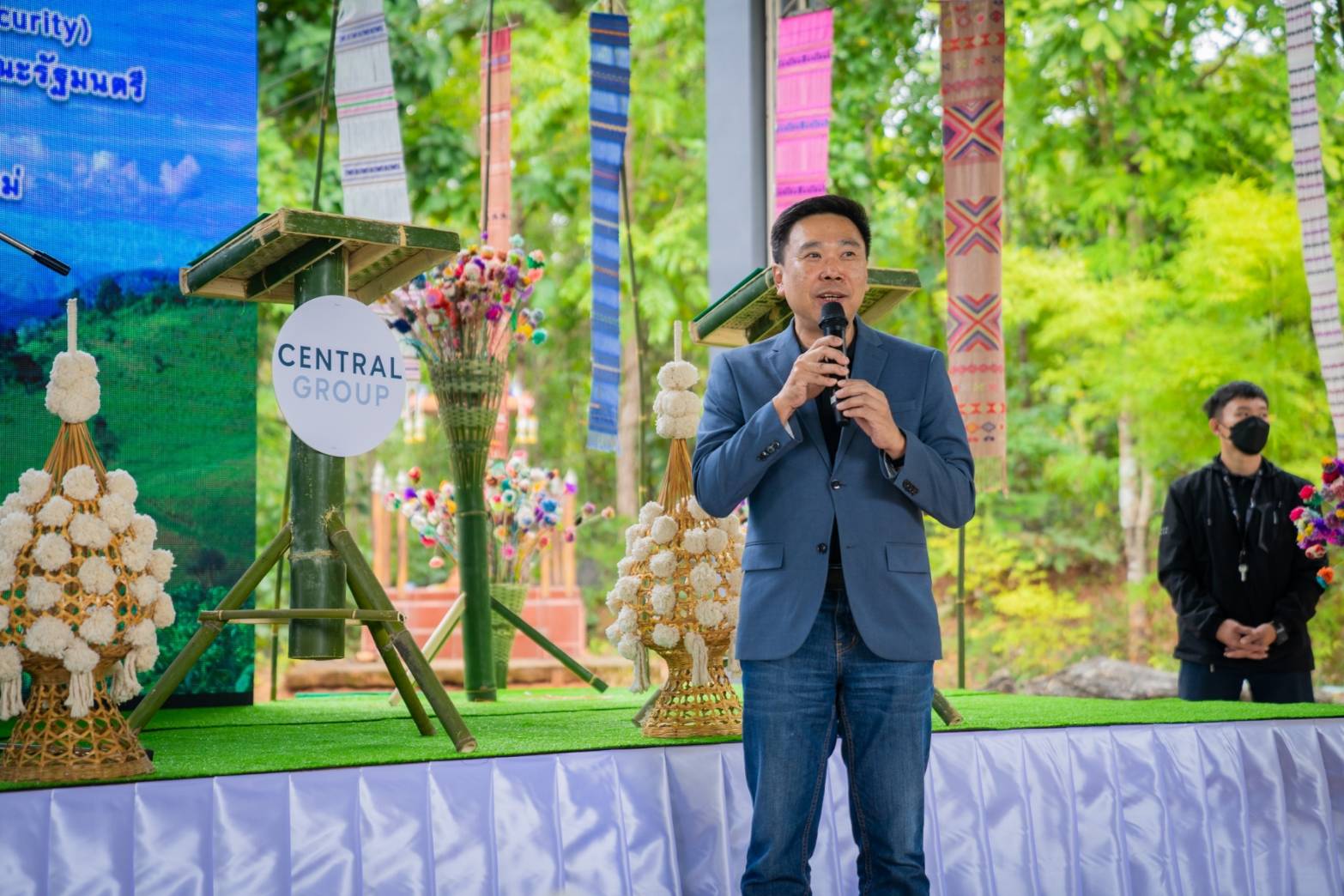 As the FLR349 Model is an environmentally friendly production system, it can be a prototype that can be applied to other forest reserves, nationally and internationally.  Mr. Ply Pirom Sustainable Consumption and Production Project Manager at WWF Thailand said “we are communicating for this solution model to be an example for the world, not just within Thailand. The term green economy is problem solving though natural means. What is important is we solve issues related food production that degrades resources and move towards a food production system that restores natural resources.” 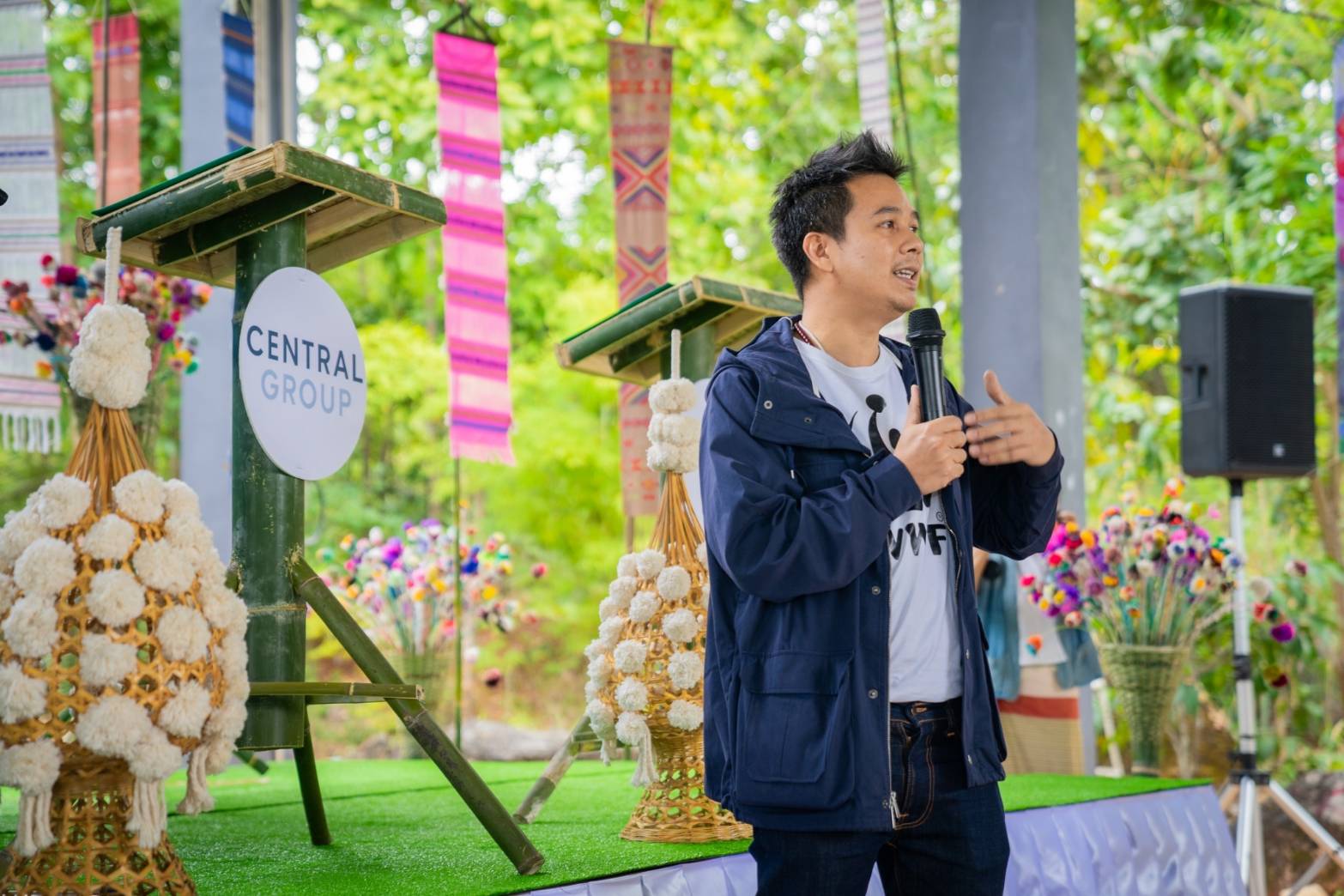 The following are echoes from the farmers and producers who have been part of the FLR349 model.

“When we find economic crops to promote, we try to help smallholder farmers understand the term organic, understand the term natural. There is no need to rush, to embellish, to use chemicals, fertilisers or herbicides. The crops are being planted in the forests. They grow in the forests. If there is a change in weather, the coffee won’t be affected because they have immunity.” Ms Siriya Pulek from Cocoa Doi Chiang Mai.

“We have to make an example for them to see. They won’t see the picture when we tell them to increase forest areas, to stop growing maize. But because we are the new generation we can see that planting Three Forests, Four Benefits is not a choice but the way of surviving in the future.”  Mrs. Wanphen Amphaicharaskul smallholder farmer member of the FLR349 project in Ban Mae Kong Kha, Kong Khaek Subdistrict, Mae Chaem District, Chiang Mai Province, 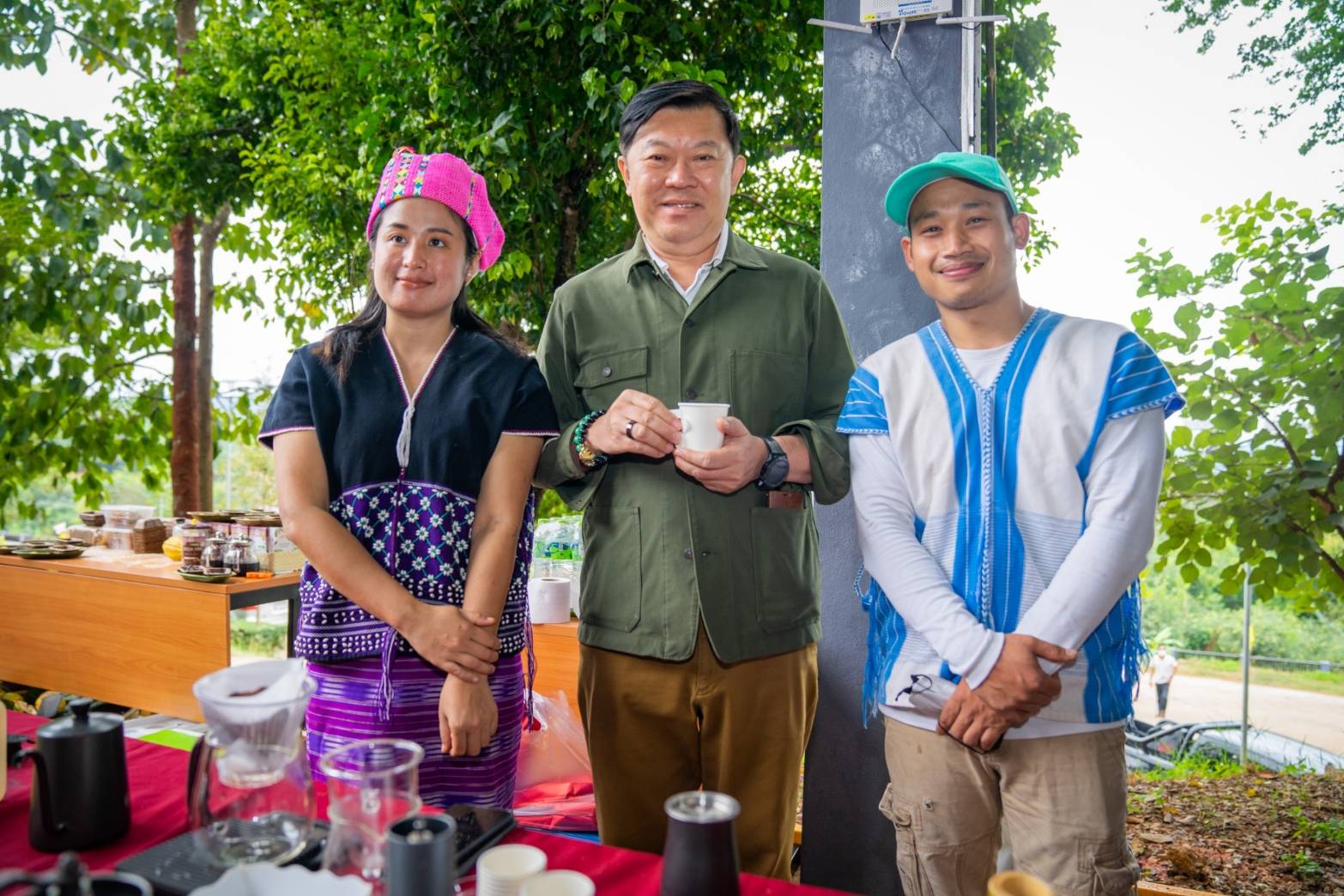